No nation can progress without educating its women: Imran Khan

No nation can progress without educating its women: Imran Khan

KOHAT (92 News) – Pakistan Tehreek-e-Insaf chairman Imran Khan said that making colleges, educating women, giving technical education is our dream as half of our population is youth Addressing a rally in Kohat on Sunday, he said that he dreams of that day when Pakistanis will be welcomed and recognized by the world, adding that our character as a nation will be strong. “We will be an independent, fearless, proud nation that will not depend on aid from other countries,” he said.

He said that to realize Jinnah's Pakistan we need true leadership that dedicates their life to Pakistan and who have their interests here, adding that we need leadership that works on poverty eradication. Khan said that no nation can progress without educating its women as educated women lift the entire nation. We must educate our girls, adding that his mother taught to love the country and she taught him his values. He said that corrupt leaders ruin societies but honest leaders lift the character of their nation. “Power must be used for betterment of people,” he added. 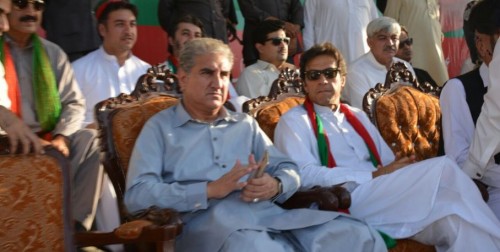 The PTI chairman said that Nawaz Sharif had said he suffered huge losses in power. But he went from one factory to 28 factories. He said that he can make billions sitting in power in Khyber Pakhtunkhwa but no one can even show him anywhere where he have tried to make personal benefit in KP Khan said that the west ahead of us because their leaders are kept accountable and honest by their people, adding that the country progresses only when leadership are honest. The PTI Chairman said that the implications of Panama Leaks on Sharif family are huge and we must not back off from asking for accountability. “Why is N league so scared if NS innocent as opposition and Government are discussing TORs,” he added. He said that the nation is demanding the powerful be held accountable and if not, Imran Khan will come out on streets with the people.