No new alliance is being formed in PDM, no change in stance: Maryam 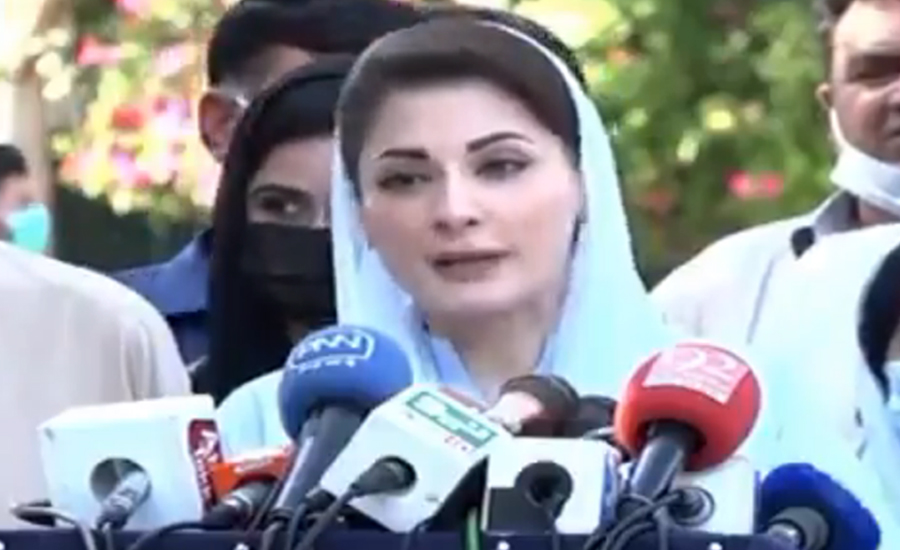 No new alliance is being formed in PDM, no change in stance: Maryam

ISLAMABAD (92 News) - PML-N Vice President Maryam Nawaz has said that no new alliance is being formed in the PDM and the stance has not changed.

Speaking to the journalists, Maryam Nawaz said that Shehbaz Sharif gave dinner as the opposition leader. "PDM has nothing to do with it. Punjab has more numbers than required for the no-confidence motion," she added.

She also termed the statement of former premier Shahid Khaqan Abbasi regarding the PPP as the stand of PML-N. She also accused the government for misleading the people by showing wrong statistics. "If you want to see the right measure of growth, go to the bazaar or the house of the poor," she added.

Maryam Nawaz said that getting rid of inflation is the collective responsibility of the opposition. "Shehbaz Sharif is the most important role because he is the opposition leader. I am not a parliamentarian that I would be called tomorrow. Stop making everything slippery," she added.

The PML-N vice president said that Shehbaz Sharif was granted bail and he has the right to go out. Wherever Shahbaz Sharif is, "I don't have to be there all the time."