No one can be given death penalty without any proof: Usman Buzdar 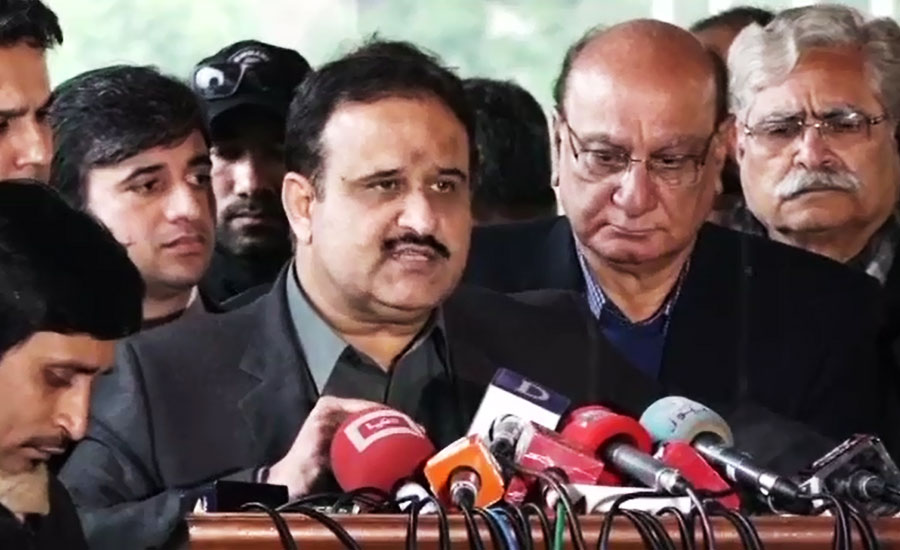 No one can be given death penalty without any proof: Usman Buzdar

LAHORE (92 News) – Punjab Chief Minister (CM) Usman Buzdar has said that It is not possible to give death penalty to anyone without any proof on Monday. Speaking to the journalists, the Punjab chief minister mentioned that the joint investigation team (JIT) has made for the investigation of Sahiwal alleged encounter. Usman Buzdar said that the JIT report would be completed till tomorrow related Sahiwal incident. “You can see what we will do after the JIT report,” he explained. The chief minister further said that the government announced 200 million rupees financial assistance for the victims’ family of Sahiwal incident.

Earlier today, In his tweet, Prime Minister Imran Khan has said that the grief and anger of the people of Pakistan on Sahiwal incident is understandable and justified. “I assure the nation that when I return from Qatar not only will the guilty be given exemplary punishment but I will review the entire structure of Punjab police and start process of reforming it,” he said.
Khalil, a resident of Kot Lakhpat, Lahore, his wife Nabeela, their 13-year-old daughter, and their neighbour, Zeeshan, were on their way to a wedding in Burewala when they were killed in firing on their car near the toll plaza on GT Road in the Qadirabad area. Three children in the car survived. Khalil and Nabeela’s minor son sustained a bullet injury while their two other daughters remained unhurt. Khalil sustained 13 bullet wounds in his chest and head, his wife Nabeela sustained four, Zeeshan was found to have 10 bullet injuries; and Areeba, six bullets. CTD officials had stated those killed in the shooting were terrorists belonging to Daesh. The CTD Sahiwal team was conducting a joint Intelligence-Based Operation on the basis of information from the CTD and a sensitive agency. They had to retaliate when they came under fire from those in the car. As the news flashed on TV screens, scores of relatives of the deceased family took to the streets, blocking traffic on the Lahore-Kasur road to protest the murder. To ascertain facts, the prime minister ordered an immediate inquiry into the matter.Later on Saturday evening, Punjab Chief Minister Usman Buzdar directed Inspector General of Punjab Police Amjad Javed Saleemi to ensure arrest of all the personnel involved in the killing of the four persons. A Joint Investigation Team (JIT) had also been constituted under the supervision of Additional IG Police Syed Ijaz Shah to investigate the incident.