No one can stop PTI from coming into power this time: Imran Khan 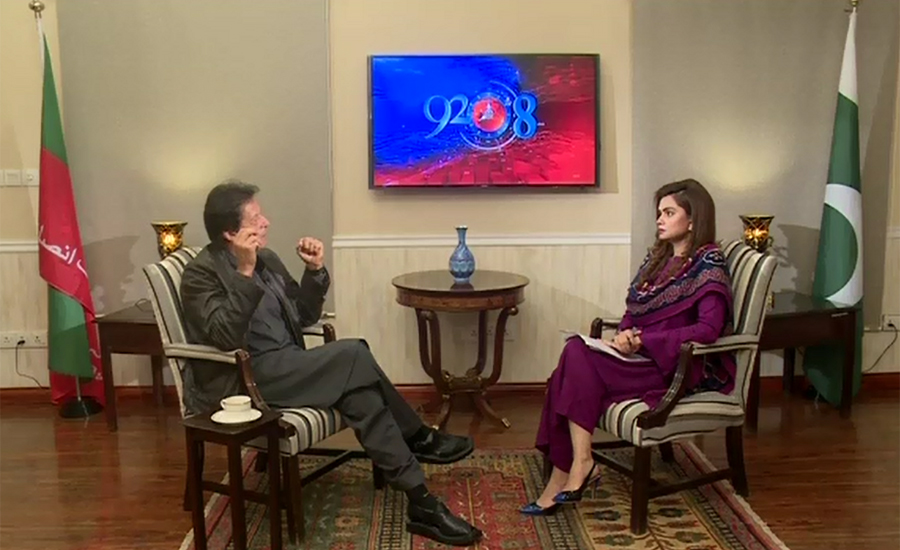 No one can stop PTI from coming into power this time: Imran Khan

LAHORE (92 News) – PTI chairman Imran Khan has said that the people are now conscious and no one can stop his party from coming into power this time. In 92 News Program ‘[email protected]’, he said that they are anxiously waiting for the verdict on the disqualification case against them. “We will not put the question of ‘Kayon Nikala’ if we were disqualified by court,” he declared. The PTI chairman said that Ahsan Iqbal had staged a drama in and out of court to defame the Army. He said that the government had made the amendment to the Khatm-e-Nabuwwat Act under a plan. He said that the delay in the Raja Zafarul Haq is giving birth to suspicion. Imran Khan said that Ahsan Iqbal did not take the sit-in issue seriously. He said that the development funds worth Rs 94 billion are being doled out to protect the corruption of Nawaz Sharif. “The country makes progress by eliminating poverty,” he added.