No one directly approached me for NRO, says PM Imran Khan 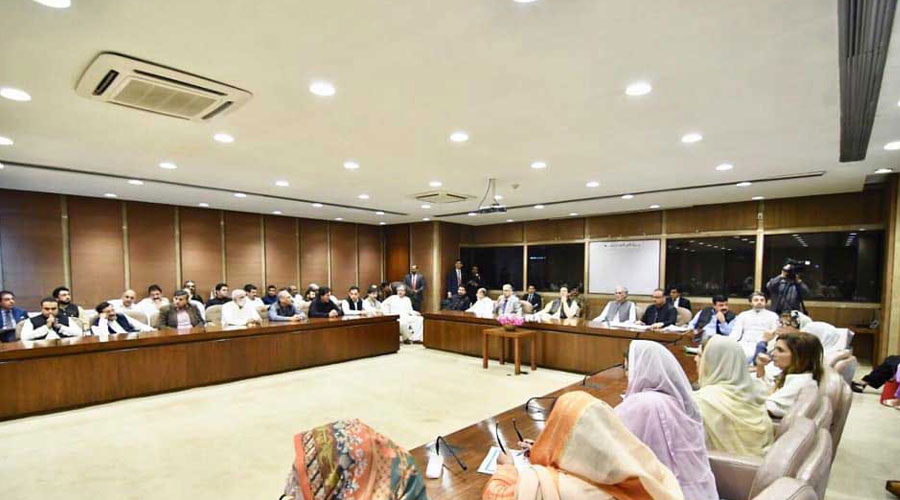 No one directly approached me for NRO, says PM Imran Khan

ISLAMABAD (92 News) – Prime Minister Imran Khan said that he would not give the NRO to anyone no matter the opposition holds the protest or the All Parties Conference (APC). The prime minister stated this while chairing a meeting of the Pakistan Tehreek-e-Insaf’s (PTI) parliamentary party on Tuesday. He categorically said that he would not give the National Reconciliation Ordinance (NRO) to anyone, adding that no one had approached him for this purpose. Imran Khan termed that the economic direction has been decided and expressed hope to steer the country from out of crisis. He advised the parliament members to drive an awareness campaign about tax for the general public. The parliamentary party also discussed the approval of budget. "Everyone knows that he will not compromise on the corruption cases," he maintained. During the meeting, overall political situation of the country was also discussed.