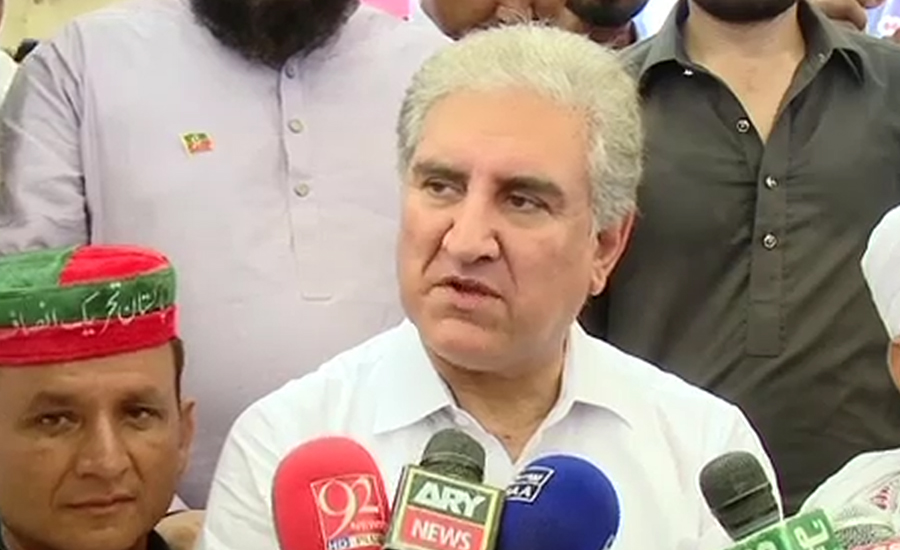 MULTAN (92 News) – Pakistan Tehreek-e-Insaf (PTI) Vice Chairman Shah Mehmood Qureshi said that former Punjab chief minister Shehbaz Sharif should not cheat his party workers as no one tried to stop his rally. Speaking to the journalists, the PTI leader said that those crying foul over pre-poll rigging are finding ways to escape justice. He also said that the PPP and PML-N have realised that the game is slipping out through their fingers. “The two parties are under a lot of pressure mentally,” Qureshi said. He said that The PML-N and PPP have not been clogged from the election campaigns. He also said that the PTI would not allow for any new compromise. "Everyone knows that former prime minister Nawaz Sharif has to arrest from Allama Iqbal International Airport," he termed. He mentioned that Shebaz Sharif cheated his party workers and no one stooped his rally. Qureshi said that the PPP failed in Punjab due to former president Asif Ali Zardari’s policies. some elements do not want to see the democratic process to flourish in the country. “No one is willing to contest the elections from Punjab on a PPP ticket,” he said. He clarified that there will be no changes in the schedule of PTI’s election activities.