No option for accountability except Imran Khan: Sheikh Rasheed 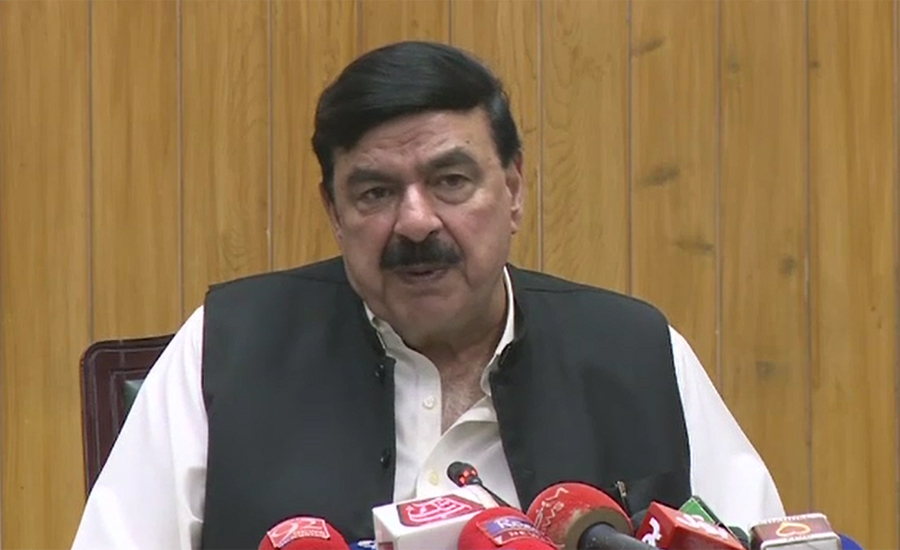 No option for accountability except Imran Khan: Sheikh Rasheed

LAHORE (92 News) – Federal Minister for Railways Sheikh Rasheed said that there is no option except Prime Minister Imran Khan for accountability. Talking to the media on Saturday, he said that only two people want relief from the money laundering case. He said that there is no difference if a ‘Tik Taak’ program is launched for the advertisement of a company. The minister also announced to increase the railway fares from the next month. He said that the train accident in Hyderabad was an outcome of a human error. He also supported the Asad Umar’s speech and the Charter of Economy. On the other hand, the trains’ departure and arrival could not be restored as usual. Several trains were delayed on Saturday.

Earlier on June 20, Minister for Railways Sheikh Rasheed held Maryam Nawaz responsible for the problems of Nawaz Sharif. Talking to the media on Thursday, he said that there are two Muslim Leagues – Nawaz Muslim League and Shehbaz Muslim League. “I and Shehbaz Sharif have the same party,” he said. Sheikh Rasheed said that Nawaz Sharif was suffering from a disease that cannot be treated in Pakistan. “Asif Zardari is availing the facilities in the NAB custody which are not available in a five-star hotel,” he added.