No reason in shutting down Islamabad when case is in court: Fazlur Rehman 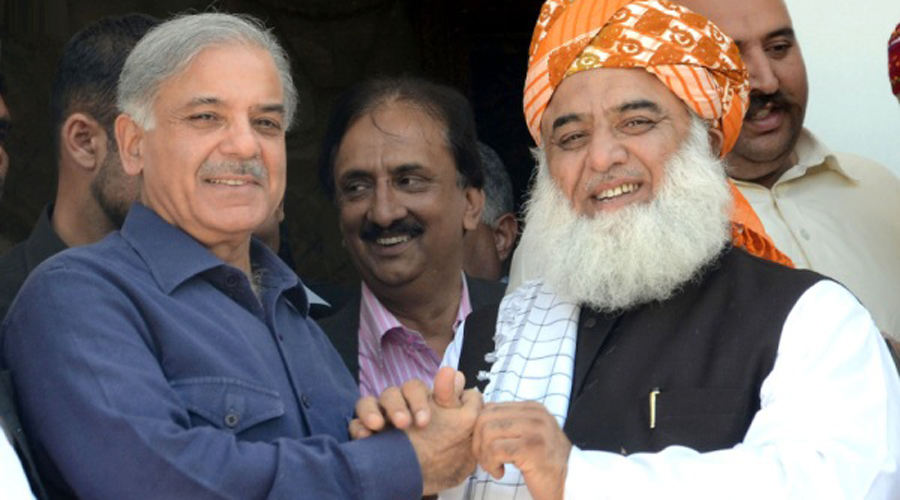 No reason in shutting down Islamabad when case is in court: Fazlur Rehman

LAHORE (92 News) – Jamiat Ulema-e-Islam-Fazl (PML-F) Chief Maulana Fazlur Rehman said Sunday that some people wanted to shut down the federal capital at all cost. Talking to media at the residence of Peer Ijaz Hashmi in Lahore on Sunday, he said that when the Panama leaks case is the court, there is no reason in shutting Islamabad. The JUI-F chief said that the government is not afraid of anyone but it wants to keep peace. Fazlur Rehman said that the Kashmiri people have courage and determination to fight against the evil force of India in the Occupied Kashmir, adding that an All Parties Conference on the Kashmir issue will be called soon. Earlier, the JUI-F chief met with Punjab Chief Minister Shahbaz Sharif and discussed matters of mutual interest and the political situation in the country. The two leaders termed the PTI's announcement of shutting down Islamabad as an undemocratic and unconstitutional one. Shahbaz Sharif said the torch-bearers of negative politics are striving hard to snatch nation's happiness, by stopping the implementation on the C-PEC projects. Maulana Fazlur Rehman said that after the beginning of hearing of Panama Papers case in the Supreme Court, there is no political and moral excuse left with the Opposition to take the road.