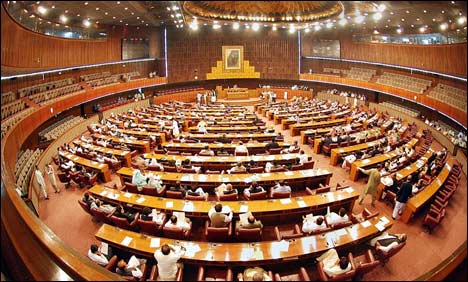 ISLAMABAD – No concrete deal was reached for Senate Chairman, deputy chairman’s election after members of Muttahida Qaumi Movement and PML-N held a meeting on Monday. Speaking to media, MQM leader Rauf Siddiqui said the meeting with PML-N members including Khawaja Saad Rafique, was held in a cordial environment but remained inconclusive. He said the MQM gave some valuable suggestions for elections on the coveted posts of the Senate. Rauf Siddiqui also made it clear that MQM can field its own candidates for the posts of Chairman, deputy chairman Senate. Federal Minister for Railways Khawaja Saad Rafique said the meeting was held in good spirits and added that dialogue process would continue.