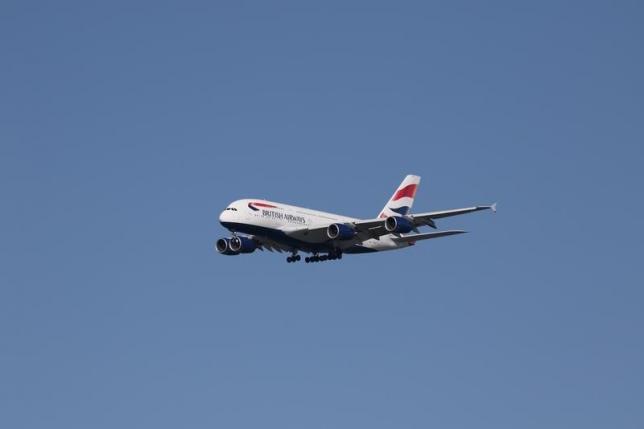 LONDON - Once dubbed "Slasher Walsh" for his relentless drive to cut costs, the boss of British Airways-owner IAG is showing no sign of going soft.

Willie Walsh has built his reputation on his refusal to give ground to unions and a willingness to wield the axe at former state-owned airlines, convinced it's the only way to stay competitive in an era when budget carriers increasingly rule the roost.

It is a testament to his success that while IAG lags Lufthansa (LHAG.DE) and Ryanair (RYA.I) in terms of passenger numbers, it is expected to report more operating profit for 2015 than those carriers or any other European rival.

Sporting a close-cropped haircut as he spoke to industry delegates at a conference in January, ahead of the five-year anniversary of the formation of IAG, he said there would be no let-up in his mission.

"Hence the reason for my haircut - that's the theme for 2016, it's all going to be about cutting costs," said the Irishman, who encourages a focus on financial results by telling staff "show me the money".

Walsh's strategy over the past 15 years has also been marked by an aggressive M&A policy as he sought to prevail in what he once described as a "fight for survival".

As CEO of British Airways (BA), he lined up a merger with Spanish carrier Iberia in 2011 to create IAG, which in turn snapped up Britain's BMI, Spain's Vueling and Ireland's Aer Lingus.

Once again, the 54-year-old signalled there would be no retreating from this strategy for IAG, even should he follow through on his once-stated plan to retire at 55.

"There's lots more deals for IAG to do, but whether I do them or someone else ... It doesn't matter when I go or if I go, there'll be someone there to replace me," Walsh added on the sidelines of a conference in Dublin this month.

A pilot from the age of 17, he rose to become CEO of Aer Lingus in 2001, taking over just when the 9/11 attacks crippled global travel demand. It was there he formed the template for his strategy, when he had a front-row seat to the rapid expansion of budget airline Ryanair as its neighbour at Dublin Airport.

He soon earned the Slasher Walsh nickname for the job cuts he made at the Irish carrier before he was hired to become boss at BA in 2005 where his skills were put to the test when the global financial crisis also dampened demand for travel.

He cut BA staff and froze pay, despite 18 months of bitter industrial dispute, and after the 2011 merger with Iberia, he embarked on a similar battle at the loss-making Spanish carrier.

"I was really sceptical how that was going to work out with the (Iberia) unions, and he got that all through," said one top-30 shareholder in IAG, who declined to be named.

When Iberia workers went on strike in Madrid, waving flags saying "British Go Home", a bullish Walsh declared he would see off the protests, telling the media: "I've done it before and I'll do it again."

"This is an all too rare example of an airline management team setting a clear path and sticking to it, in the face of strong opposition from unions," said Jonathan Wober, the CAPA Centre for Aviation's chief financial analyst.

While he can be tough Walsh is also pragmatic, said Jack O'Connor, president of Aer Lingus's largest union, SIPTU.

"Like most employers I'd say he'd prefer not to deal with us but he's not ideologically opposed to making deals with trade unions ... That's not to say that he's easy to deal with," he said.

Walsh showed similar single-mindedness during the Icelandic ash cloud crisis in 2010, when he ordered full Britain-bound BA planes to take off from the east coast of the United States and Canada, even though UK airspace was still closed to landings.

It was a risky bet, but with BA losing millions of pounds a day due to grounded planes, he wanted to pressure authorities to quickly revise a decades-old safety code to reflect new tests that had shown flying through a certain concentration of ash was possible without damage to aircraft.

The gamble paid off - the authorities changed the rule in the nick of time and his planes were able to land in London, rather than resort to back-up destinations, such as Ireland's Shannon.

One adviser, who worked with Walsh on one of his takeovers, said the ash cloud episode showed how ruthless he could be to achieve his goals. But he added he could also use charm and diplomacy to navigate political and union tensions when needed.

"It helps that he has a huge appetite for work while being able to relax outside of it," the adviser, who declined to be named, said of Walsh, a Liverpool soccer club fan.

"He tends to eschew the pomp and ceremony of leadership and instead wears his no-nonsense approach to business with pride. He has zero time for titles."

With Walsh's overhauls, IAG's airlines stole a march on Air France-KLM (AIRF.PA) and Lufthansa (LHAG.DE) which are still struggling to persuade staff of the need for change, a tougher task now as oil prices are boosting profitability.

"He's way ahead of where Lufthansa and Air France are," said Ryanair CEO Michael O'Leary.

Walsh now sees more cost-savings on the horizon, including grinding out efficiencies in areas like maintenance and handling, and combining his carriers' back-office functions in an office in lower-cost Krakow, Poland.

The IAG boss again overcame opposition - both political and union - last year to seal the 1.3 billion euro takeover of Aer Lingus. It followed the acquisitions of BMI in 2012 and low-cost carrier Vueling in 2013.

The Aer Lingus deal reunited him the with the carrier where he began his career, but he stressed this month that this played no part in his thinking: "I can assure you there's nothing personal about this. It was a business decision."

While IAG may not be actively pursuing M&A deals at the moment, he says it will be on the look-out for opportunities.

There has been media speculation that Finnair (FIA1S.HE) could be the next target, an acquisition that would enhance IAG's links to Asian markets from the Helsinki hub, though IAG has said it is not in talks with the carrier.

Change is now afoot at IAG, with British Airways' veteran boss Keith Williams set to retire and be replaced by Vueling head Alex Cruz in April.

When asked about the tenure of Walsh himself, a company spokeswoman said that he has a rolling 12 months contract and that there was nothing further to add. But whether he goes sooner or later, a lot of heavy-lifting's already been done. "He's done a very good job and it's a very nice position to take over now, rather than 10 years ago when it was an incredibly tough one," said the top-30 investor. -Reuters