No room for error after India loss: Imad Wasim 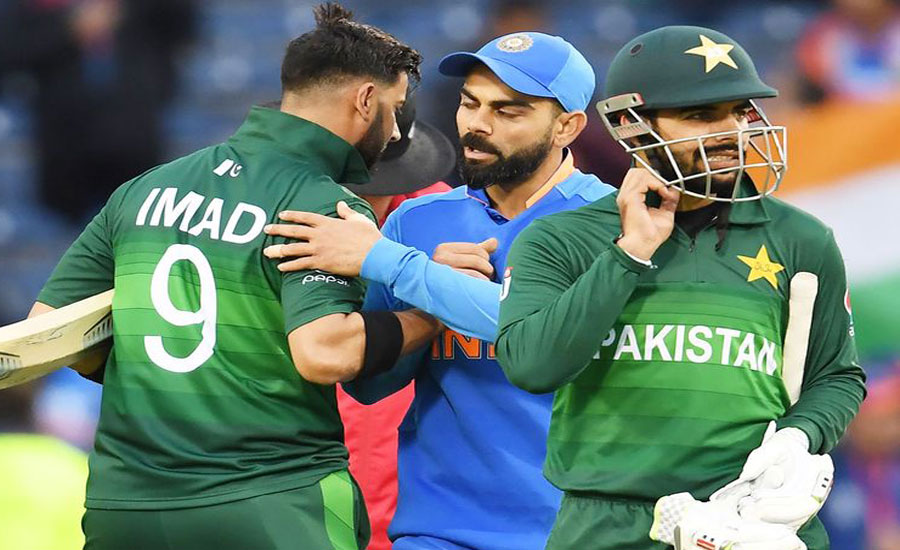 No room for error after India loss: Imad Wasim

LONDON (Reuters) - Pakistan must win all four of their remaining group games to have any chance of reaching the World Cup semi-finals, all-rounder Imad Wasim has said after his team’s defeat by arch-rivals India on Sunday. India, who won by 89 runs via the Duckworth-Lewis method, have seven points and occupy third place in the standings behind Australia and New Zealand, while Pakistan are second-bottom with three points from five games. India’s comprehensive victory at Old Trafford left Pakistan in ninth place after just one win from five matches and needing a huge turnaround in form to have any chance of making the semi-finals. “This was a really, really disappointing result for us,” said Wasim, who came in at number seven and struck an unbeaten 46 off 39 deliveries. “When we came back on after the rain there was very little we could do, but we know we have four matches left and if we win those, we still have a chance. “Results of the other countries may come into play. From our point of view, we can only do what we can. What is in our hands is to try to win all four games and take it from there.” Pakistan face South Africa at Lord’s on Sunday before wrapping up their group campaign with matches against New Zealand, Afghanistan and Bangladesh. Pakistan captain Sarfaraz Ahmed refused to put the blame for his team’s defeat to India and poor World Cup on the senior players, saying all his squad needed to step up their game. Pakistan were outclassed with India making 336 for five and apart from a 104-run second-wicket partnership between Fakhar Zaman and Babar Azam, Pakistan never looked like mounting a real challenge. “It definitely is very disappointing. It is hard. We were going really well, especially if you talk about our batting. I thought, when we lost the first wicket, Imam and Fakhar, they made a good partnership,” Sarfaraz said. “Our manager just said stay on the wicket and just try to hit fours and sixes. Unfortunately, we lost too many wickets, and that’s why we lost the match,” he added, referring to a slump which saw four wickets fall in three overs. After the match, some in the Pakistan media questioned whether Sarfaraz got the support he needed from his senior players. The 38-year-old all-rounder Shoaib Malik, dismissed for a duck on Sunday, has yet to hit double figures in his three World Cup innings and has bowled just eight overs of his spin in the tournament — with just a solitary over against India. Mohamed Hafeez, like Shoaib a former Pakistan captain, also failed to deliver in the crunch match, making just nine as the middle order collapsed. However, Sarfaraz said the whole team had to share the responsibility for the loss. “I don’t think you can talk about only the senior players, I think you have to talk about the whole team. I think the whole team is not performing well in all three departments, not fielding, not bowling, and not batting,” he said. The decision to ask India to bat failed to deliver the anticipated early breakthroughs but the skipper defended his choice, pointing the finger at his bowlers, whose length was often too short. “I think we won a good toss. I think we didn’t capitalise on that — when we saw the pitch, there was a little bit of moisture on the pitch, we (wanted to use) the conditions. I think we didn’t hit the right areas,” he added.