No sweat for Nadal and Federer, Bertens pulls out 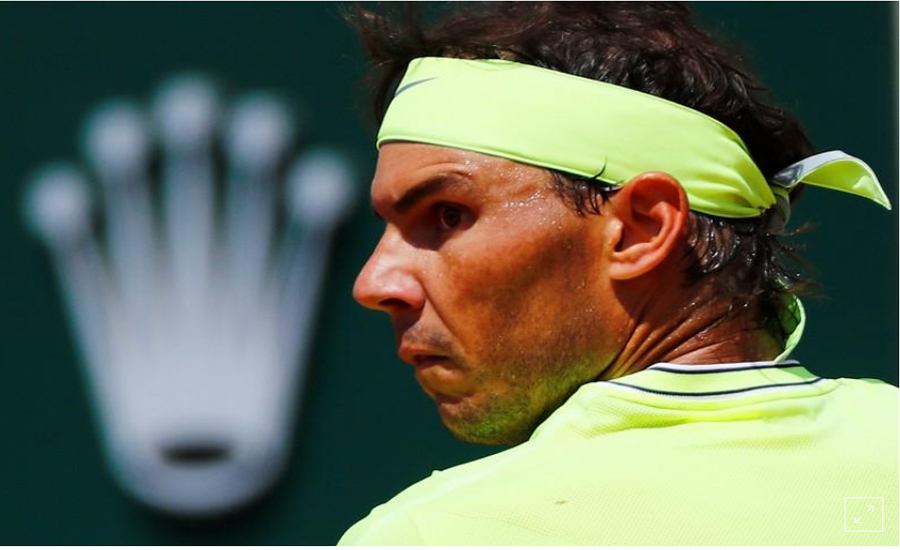 No sweat for Nadal and Federer, Bertens pulls out

PARIS (Reuters) – Defending champion Rafael Nadal continued to chomp his way through the French Open draw on Wednesday and Roger Federer also maintained his smooth progress into the third round. Spaniard Nadal, the second seed, as for the second match running he dispatched a German qualifier named Yannick in brutal fashion. After beating Yannick Hanfmann for the loss off six games in round one, he conceded seven against Yannick Maden in a 6-1 6-2 6-4 win on Court Suzanne Lenglen, crunching 43 winners in the process. Things might get more tricky next when he faces Belgium’s David Goffin — but the 11-times champion is already on a roll. “We know that he’s at home at the French Open. He’s the king,” 27th seed Goffin said. Third seed Federer also played an obscure German, 25-year-old lucky loser Oscar Otte, ranked 144th in the world. Federer, wearing pale brown shorts, turned the screw just enough, breaking serve at a crucial juncture of each set for a clinical, yet still eye-catching 6-4 6-3 6-4 victory. After missing the last three French Opens he has found the groove straight away with six near-perfect sets. “I must say I feel really good, you know, considering I haven’t played here in that long,” the 37-year-old said. The women’s draw lost another big name as Kiki Bertens, the Dutch fourth seed, was forced to retire early on against Viktoria Kuzmova, saying she had been up all night vomiting. She joined fifth seed Angelique Kerber and 13th seed Caroline Wozniacki and 2017 champion Jelena Ostapenko through the exit door. There were no alarms for 2016 champion Garbine Muguruza who beat Johanna Larsson to set up a clash with ninth seed Elina Svitolina who enjoyed a walkover against Kateryna Kozlova. Last year’s runner-up Sloane Stephens also reached the third round, beating Sara Sorribes Tormo 6-1 7-6(3). Marin Cilic’s hopes of completing his set of Grand Slam finals came to an abrupt end as the 11th seed lost a four-hour 23 minute five-setter against Bulgaria’s Grigor Dimitrov. That was one of two matches that in previous years would have graced the latter stages of a Grand Slam, the other one seeing Japan’s Kei Nishikori beat home favorite Jo-Wilfried Tsonga after losing the opening set. Former world number three Dimitrov, unseeded this year, will have to be at his best again in the third round where he faces 2015 champion Stan Wawrinka. The Swiss 24th seed was in scintillating form to beat Chile’s Cristian Garin, second on the list for claycourt wins this year, 6-1 6-4 6-0. Greek sixth seed Stefanos Tsitsipas, tipped as the man most likely to provide a breakthrough for the next generation this fortnight, battled past Bolivian Hugo Dellien. French hopes were boosted with youngster Corentin Moutet posting an impressive win over 19th seed Guido Pella, while Benoit Paire beat compatriot Pierre-Hugues Herbert 11-9 in the fifth set of a thriller.