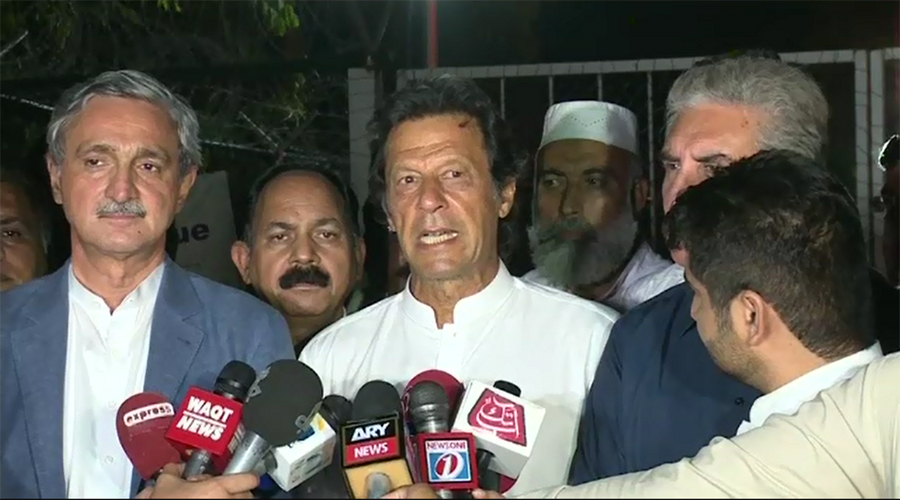 LAHORE (92 News) – PTI chairman Imran Khan has said that Lahore will come out for eliminating corruption from the country. Talking to the media at Lahore Airport on Friday, he said that there is no security threat, but the PTI faces a threat only from the N-League. “We have made full arrangements. We will have force, which will march along with the container. If the PML-N can hold a meeting, then why the PTI cannot,” he said. The PTI chairman said that the country faces two threats – terrorism and economic terrorism. “When the prime minister commits corruption, all institutions are destroyed,” he said. He said that the rulers are afraid of the Panama Leaks. “We waited for five months, but Nawaz Sharif did not agree to the ToRs,” he said. Imran Khan said that corruption worth billions of rupees is being committed in the Metro Train. “The PML-N is the party of the power. It colludes with the police and the Election Commission,” he said. He said that Nawaz Sharif should have resigned over the Panama Leaks.