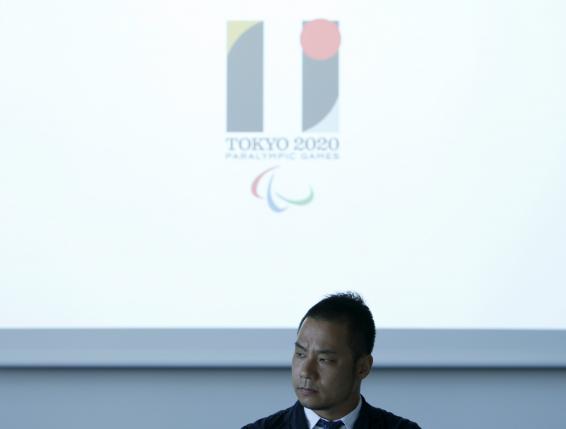 TOKYO - The Japanese designer behind the logo for the 2020 Summer Olympics said on Wednesday there is "absolutely no truth" to claims it was plagiarized from a Belgian design, while Tokyo Games officials said legally there is no problem. Questions about the 2020 logo arose last week when Belgian designer Olivier Debie said it was too similar to his design for the Theatre de Liege and that he was consulting lawyers, who sent a letter to Japanese organizers last week demanding a response. Kenjiro Sano told a packed news conference in downtown Tokyo that he had never, and would never, plagiarize any design. He considered his Olympics logo a career "masterpiece". "It was a great honour to take part in the design competition, and I wanted to pour all my experience up until then into it. It took several days," Sano said. "Of course I didn't take that (logo) as an example, there is absolutely nothing to that talk." Sano's design centres around "T" for Tokyo and echoes the Japanese flag with its round red sun. Inspiration came from type fonts Didot and Bodoni, which he said had an appealing strength and sensitivity. The overall layout is meant to suggest a circle in homage to the logo for the 1964 Summer Games, which Tokyo also hosted. "I take a lot of time with every design, nurturing them like children. So for this kind of talk to emerge is really unfortunate and kind of sad," Sano said, adding that the controversy had made him a little depressed. "If you're creative, you never start from zero and are influenced by a lot of things just through daily life. But it's also a point of pride that as somebody creative, you would never plagiarize." Media reports have said Debie might ask for Tokyo to withdraw or change the logo, which the Belgian has admitted was not registered as a trademark but had gained international recognition through two years of use. Tokyo 2020 officials acknowledged receiving the letter but declined to reveal its contents and said only that they were working with the Japanese Olympic Committee and International Olympic Committee on a response. Hidetoshi Maki, Tokyo 2020 Marketing Director, said they had conducted thorough checks of trademarks throughout the world before revealing the logo. "Their logo was not a registered trademark, so there is absolutely no problem," he added. The fuss over the logo, which was unveiled on July 24 and has received mixed reviews from the Japanese public, is just the latest mishap to befall Japan almost two years after it won hosting rights for the 2020 Games over Madrid and Istanbul. Last month, it suddenly scrapped the design for the new National Stadium, the centrepiece of the Games, due to public outrage over skyrocketing costs. A new design will be chosen later this year and construction will begin in 2016. A committee from Japan's ruling Liberal Democratic Party met to discuss the stadium on Tuesday. Their recommendations, to be submitted to the government as early as Friday, may include building a smaller stadium and opting not to build a new one at all, instead relying on existing stadiums. No cost estimates have yet been established. -Reuters