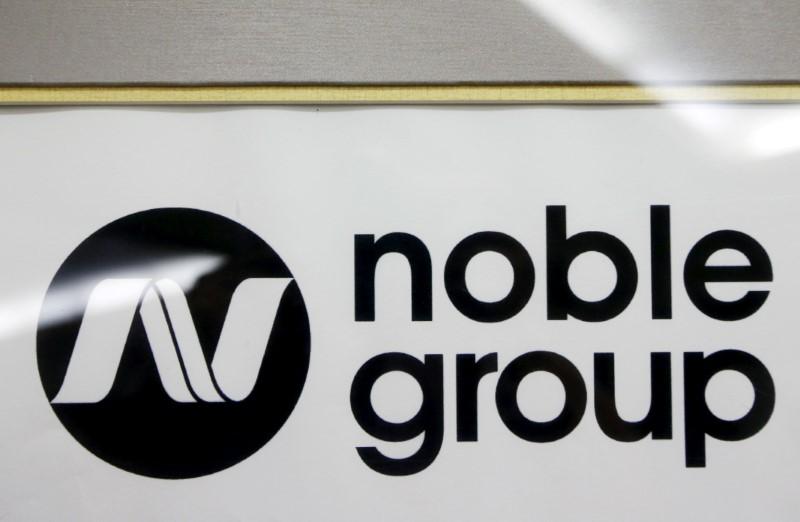 SINGAPORE - Noble Group, once Asia's largest commodities trader, is to cut staff and sell assets, including its US gas and power business to Mercuria Energy Group, as it faces a quarterly loss of up to $1.8 billion. Hong Kong-based Noble added that it would "explore strategic alliances in Asia" with Mercuria after establishing some initial links with the Swiss trader's Asian affiliates. Noble announced on Wednesday the plans to sell its U.S. gas and power business to Mercuria for $248 million and has also put its capital-intensive oil liquids business up for sale, leaving it focused on "hard commodities", essentially coal. Singapore-listed Noble has struggled to repair investor confidence following setbacks over the past two years: first blogger Iceberg Research questioned its accounts in early 2015, and then it was hit by a sharp commodity market downturn. The company has stood by its accounts. But the upheaval meant a collapsing share price, credit downgrades, management changes and asset sales. Noble's market value has shrunk to $554 million, from $6 billion in February 2015. Wednesday's announcement marks Noble's latest move to restructure to help it repay debt and keep trading. It also announced an up-to-$1 billion disposal plan for assets outside North America over the next two years. Sources close to the transaction said the initial links in Asia would see Mercuria market some of Noble's hard commodities, mainly its coal book. Mercuria has been trying to expand its Asian business, particularly in China. ChemChina bought a 12 percent stake in the trading house last year. "It certainly spreads the risk of operating these businesses, so from that perspective it should be welcome," Nirgunan Tiruchelvam, an analyst at Religare Capital Markets, said. Needing Cash Noble has been seeking a cash injection for months and said on Wednesday it would continue to look for a new investor, as well as alliances to help to fund its working capital. The purchase appears a good fit for Mercuria, whose chief executive, Marco Dunand, said last year it was looking to expand further in natural gas in North America after buying a large gas portfolio through its purchase of JP Morgan Chase & Co's (JPM.N) physical trading arm in 2014. The deal could move Mercuria into the top 10 gas players in the United States up from number 14, according to 2016 data from U.S. Federal Energy Regulatory Commission (FERC). Mercuria traded 1,720.6 trillion Btu in 2016. It is also looking to acquire physical assets in Louisiana, a source with knowledge of the matter said. Noble, tackling $3.3 billion of debt, said the need to scale back risk and conserve cash contributed to its second-quarter loss, which it estimated at $1.7 billion to $1.8 billion, as it was not able to seize trading opportunities. The net loss also includes the impact of writedowns on its portfolio - it announced $1.2 billion to $1.3 billion of exceptional items. "It could be the case that a prospective investor would view the balance sheet more favourably" as a result of those writedowns, Religare's Tiruchelvam said. Noble said it expected further strain in the commodities trading industry as players grapple with low margins and lenders seek to reduce exposure. The group said it was "positioning itself for continuing stress in the sector, which the board believes is likely to lead to industry consolidation". "Realistic" Noble has battled to retain staff, offering cash bonuses for top performers. But on Wednesday it said it would cut its staff to 400 from about 900. Chairman Paul Brough, a restructuring specialist appointed earlier this year, said the latest overhaul offered "a realistic prospect of dealing with the group's liabilities." "The group further believes that its creditors and shareholders now have a clearer view of its direction and plans to address its challenges," he said. Richard Elman, who founded the company in 1986, took advantage of a commodities bull run to build Noble into one of the world's biggest traders. But in the last two years Elman, 77, had sought to steer Noble back its roots as an asset-light trading house. Elman stepped down as chairman this year but remains the company's biggest shareholder, with a stake of just over 18 percent. Other top shareholders include sovereign wealth fund China Investment Corp and Orbis Investment Management, according to Thomson Reuters data. Noble said negotiations with its lenders were continuing. Last month, the company was granted a four-month extension by lenders on a key credit deadline, giving Noble until October. -Reuters