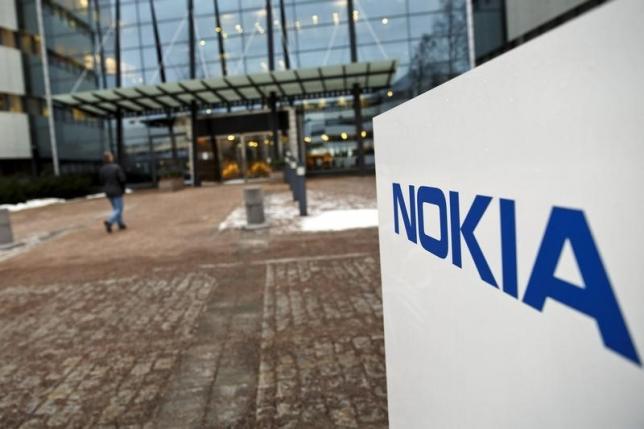 PARIS - Finland's Nokia Oyj (NOK1V.HE) is close to a deal to buy Alcatel-Lucent's (ALUA.PA) mobile networks unit to boost its core business especially in the United States and China, Les Echos newspaper reported on Monday. The French business daily said an announcement could come "quickly," citing a source close to the matter. The paper said meetings between managers at the two companies had increased since January. Alcatel and Nokia declined to comment. Bloomberg reported later on Monday that the companies had examined a full takeover of Paris-based telecom equipment maker Alcatel, but that Nokia was more likely to buy the wireless business. The unit generated sales of 4.7 billion euros ($4.97 billion) last year, or about one-third of the group total, Les Echos said. The newspaper added that any deal would be closely watched by French politicians, as Alcatel was considered a strategic business. The French economy ministry declined to comment. A source familiar with the matter said on Friday that Nokia was considering selling its HERE maps business, which last year had net sales of around 969 million euros. Analysts have seen little synergy between the unit and Nokia's mainstay network gear business, and Nokia has hired a financial adviser to explore a sale, the source said. Shares of Nokia and Alcatel rose on Monday as analysts welcomed a possible sale of the Nokia unit as a likely precursor to consolidation of Alcatel's wireless business. Alcatel and Nokia had held sporadic talks for years before the Finnish company sold its struggling handset business to Microsoft Corp (MSFT.O) a year ago, leaving Nokia to concentrate on developing the networks business. Germany's Manager Magazin reported in December that the two companies had revived talks on a possible merger. Alcatel Chief Executive Michel Combes has voiced confidence in his goal of achieving positive free cash flow by the end of this year. Combes has pursued an aggressive restructuring plan including layoffs of 10,000 employees, sales of assets worth about 600 million euros, and increasing capital by 1 billion euros to shore up finances. Alcatel competes with Sweden's Ericsson (ERICb.ST) and China's Huawei [HWT.UL] in addition to Nokia. It has not achieved regular profit since its creation in 2006 because it is smaller in the mobile sector than rivals and faces tough competition from Chinese vendors. - Reuters