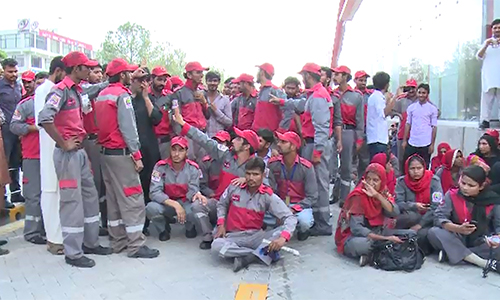 ISLAMABAD (92 News) – Staffers of Rawalpindi-Islamabad Metro Bus Service observed a strike against non-payment of their salaries, suspending traffic for three hours. As a result, passengers faced numerous problems. They have observed the strike for the second time during the last two months. Owing to the strike, the Metro administration refunded the amount received in the form of tickets. It said that the issue would be resolved soon. The protesters ended the strike after they were called for talks at Rawalpindi office.