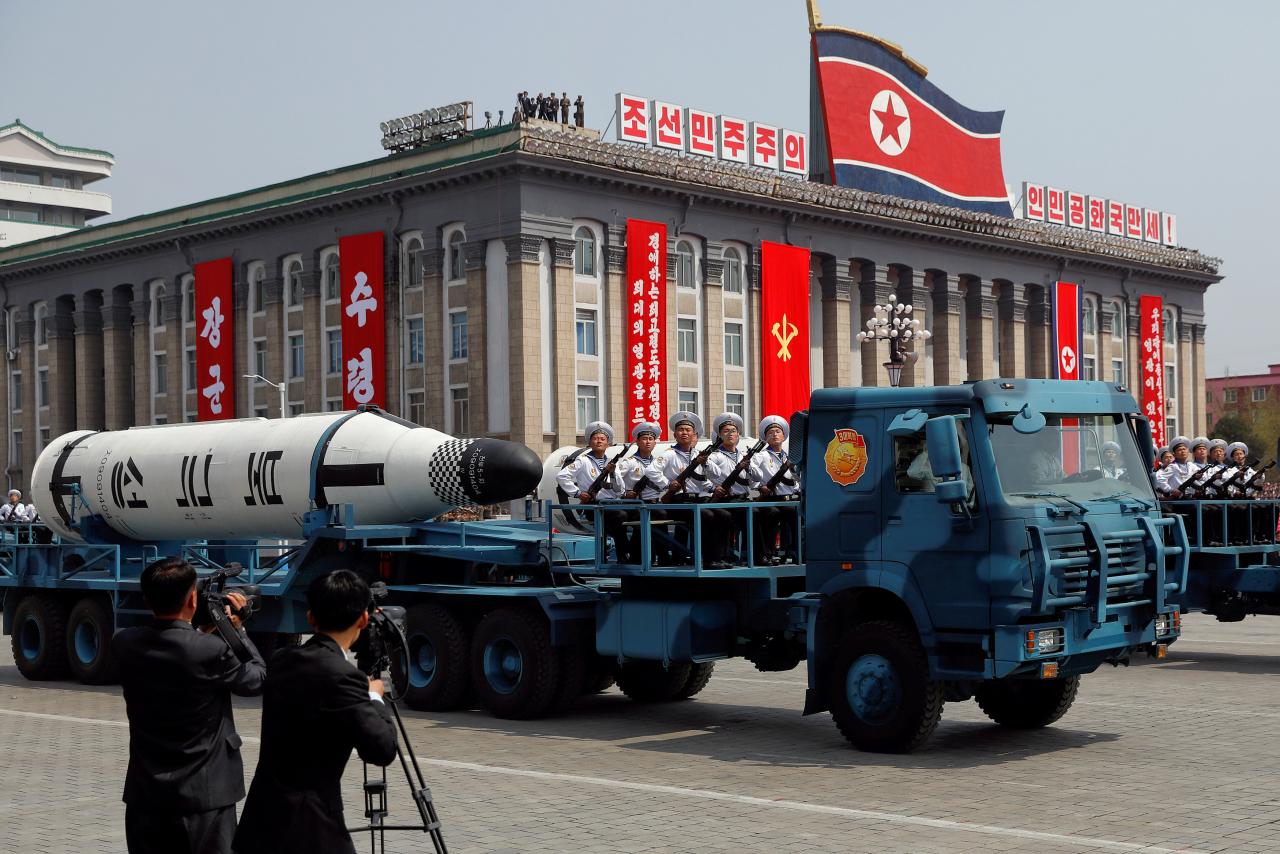 Gross domestic product (GDP) in North Korea last year rose 3.9 percent from the previous year when the economy contracted due to a drought and low commodity prices, the Bank of Korea said. The expansion, driven by mining and energy, marked the biggest rise since a 6.1 percent gain in 1999.

North Korea, which counts China as its biggest trading partner, also boosted exports by 4.6 percent, the most since an 11.8 percent jump in 2013.

Still, the isolated state's per capita gross national income in 2016 was just 1.5 million won ($1,342), less than 5 percent of the comparable number in South Korea.

North Korea does not publish economic data. The Bank of Korea has released GDP data on North Korea every year since 1991 based on information from government agencies including South Korea's Ministry of Unification and the National Intelligence Service. The estimate is widely used by international organizations and researchers.

North Korea has been under U.N. sanctions since 2006 over its ballistic missile and nuclear programs and the Security Council has ratcheted up the measures in response to five nuclear tests and two long-range missile launches.

The robust economic growth may partly be due to the North's active nuclear and missile development program, as the manufacture of components is included when calculating GDP growth, according to Shin Seung-cheol, an official at the BOK.

Shin added North Korea had boosted electricity production in 2016 but could not confirm whether this was linked to missile manufacturing.

In February, China banned all imports of coal from its reclusive neighbor, cutting off its most important export. China is also restricting the flow of oil into the North.

The United States is mulling new sanctions on Chinese firms and bank doing business with Pyongyang on top of trying to get China and Russia to back a new U.N. Security Council resolution imposing stiffer sanctions on North Korea following its latest missile test.

In 2016, China accounted for 92.5 percent of all North Korean trade, according to data from the Korea Trade-Investment Promotion Agency (KOTRA) on Friday.

The North's economy this year will "definitely" be impacted by China's decision to ban all coal imports, said Kim Suk-jin, a research fellow at the state-run Korea Institute of National Unification (KINU).

"North Korea can bypass some sanctions but coal is critical for their economy and it is something that's difficult to smuggle. Coal can be spotted easily when it's being moved," said Kim.

Lim Soo-ho, a research head at the Korea Institute for International Economic Policy, said that sanctions didn’t bite hard last year, as China loosened some of its earlier restrictions in the second half after South Korea decided to deploy a U.S. anti-missile defense system.

"With expanding sanctions, there are more downside risks to its growth this year than last," Lim said. "Pyongyang’s heavy industries and manufacturing sectors could be hit hard if China continues to cut fuel sales to North Korea."

The Bank of Korea official declined to comment on how the Chinese coal ban and tightened international sanctions since last year would affect North Korea's economy in 2017. The United Nations' food agency said on Thursday North Korea is facing severe food shortages due to the worst drought since 2001.

Kim said it was too early to say whether North Korea's crops will suffer, as the Korean Peninsula has seen much rain in recent weeks.

Mining and manufacturing make up the biggest portion of North Korea's industry, accounting last year for 33.2 percent of the sector.

Although trade between the two Koreas plunged 87.7 percent last year due to a shutdown of a joint industrial zone the North shared with the South just north of the border, the North's headline trade numbers were barely affected, the data showed.

The Kaesong Industrial Zone was shut down early last year after the North tested a long-range rocket in February defying U.N. sanctions.