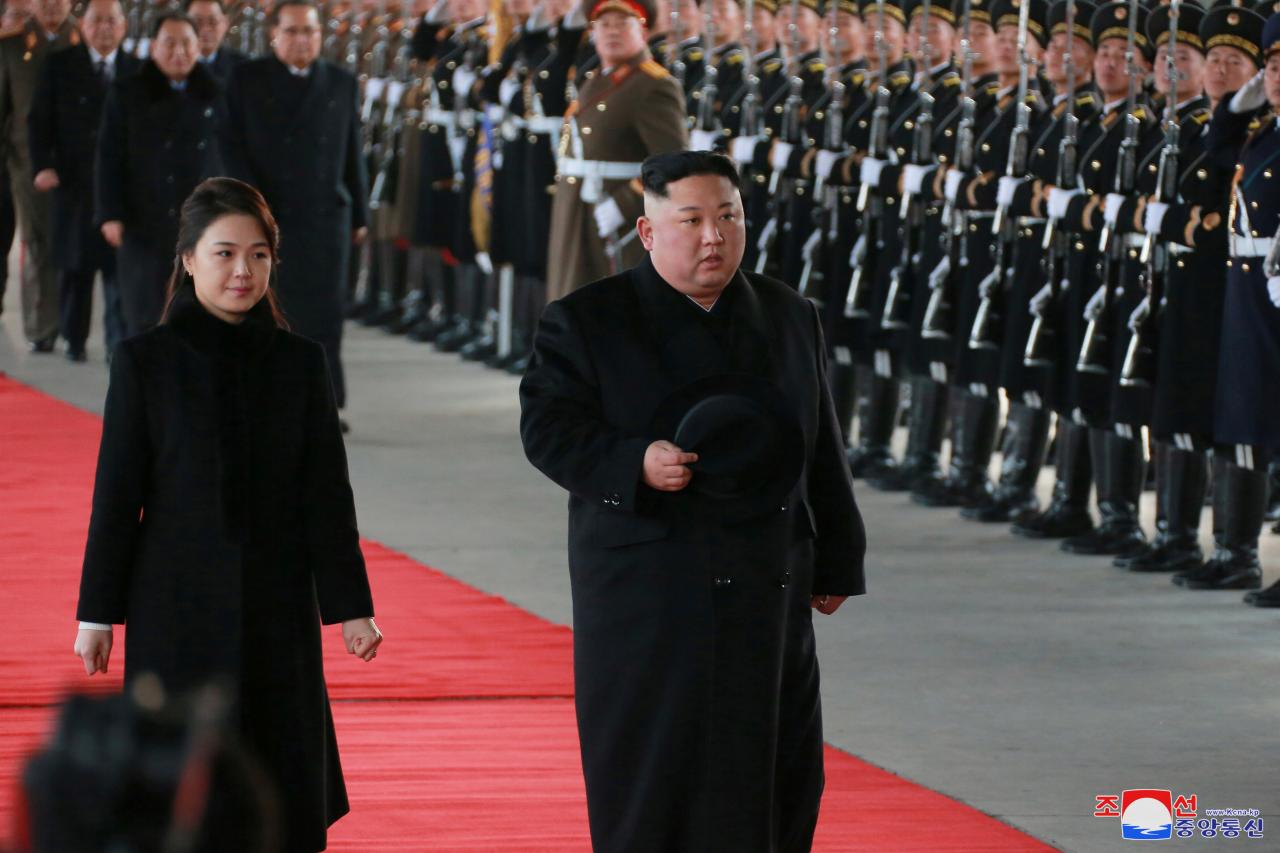 BEIJING (Reuters) - North Korean leader Kim Jong Un is visiting China at the invitation of Chinese President Xi Jinping, only days after warning he may take an alternative path if the United States does not ease sanctions and pressure on his isolated country. The visit, confirmed by North Korean and Chinese state media, will likely lead to Kim’s fourth summit with Xi in the last year and comes amid plans for a second summit with Trump aimed at denuclearizing the Korean peninsula. Kim held three summits last year with Xi, his most important ally, before and after summits with Trump and South Korean President Moon Jae-in. “Kim is eager to remind the Trump administration that he does have diplomatic and economic options besides what Washington and Seoul can offer,” Harry J. Kazianis, Director of Defense Studies at U.S.-based Center for the National Interest said in an e-mailed statement. “In fact, during his New Year’s Days speech, Kim’s ‘new way’ that he referred to may well have been a veiled threat to move closer to Beijing. That should make America quite concerned.” Kim left for China on a private train on Monday afternoon accompanied by his wife, Ri Sol Ju, and senior North Korean officials, including Kim Yong Chol, a major negotiator, and Ri Yong Ho, North Korea’s state-run KCNA news agency said. “He was warmly seen off by leading officials of the Party, government and armed forces organs at the railway station,” KCNA said in its report. China’s official Xinhua news agency also confirmed that Kim is visiting from Monday to Thursday at Xi’s invitation. A green train with a yellow stripe similar to the one Kim took to Beijing last year arrived at a station in the Chinese capital on Tuesday morning amid heightened security, though it was not immediately clear if Kim, his wife, and North Korean officials were aboard. A motorcade with heavy security later drove through central Beijing. The visit coincided with what South Korean officials say is Kim’s 35th birthday on January 8. Kim’s visit to North Korea’s most important economic and diplomatic ally, which was first reported by South Korean media, follows reports of advanced negotiations for a second summit between Washington and Pyongyang aimed at resolving the standoff over North Korea’s nuclear program. Kim said in a New Year speech last week he is ready to meet Trump anytime to achieve their common goal of denuclearization of the Korean peninsula. But he warned that he may seek an alternative path to a summit with Trump if U.S. sanctions and pressure against the country continues.

In an interview with CNBC on Monday, U.S. Secretary of State Mike Pompeo praised China’s support for resolving the North Korean crisis and said he did not think the U.S. trade dispute with Beijing would affect this. Kim’s visit comes as a U.S. delegation opened a second day of talks with Chinese counterparts in Beijing aimed at ending the bitter trade war between the world’s two largest economies. “The Chinese have been very clear to us that these are separate issues,” Pompeo said. “Their behavior has demonstrated that as well and we appreciate that. China has actually been a good partner in our efforts to reduce the risk to the world from North Korea’s nuclear capability; I expect they will continue to do so.” Shi Yinhong, an international relations professor at Renmin University in Beijing, said Kim’s trip would have no direct influence on the progress of trade talks. “From the other prospective, this is something that can indirectly be used to show the United States that China is not playing without any cards in hand,” Shi said. He added that Kim would “certainly call on Xi Jinping to give North Korea more economic assistance”. South Korea’s foreign ministry said it was aware of Kim’s planned visit and hopes Kim’s latest visit and summit with Xi would contribute to the shared “strategic goal” of achieving complete denuclearization and lasting peace on the Korean peninsula. While there were no details released about the possible agenda in China, Kim has been seeking relief from international sanctions, a peace declaration to formally end the 1950-1953 Korean War, and more economic investment. Ties between China and North Korea, which had frayed as Pyongyang stepped up its provocations through a series of missile and nuclear tests, warmed over the last year as Kim engaged with Beijing as well as Seoul and Washington. Neither KCNA nor Xinhua provided further information on Kim’s itinerary, though South Korea’s Hankyoreh newspaper said on Monday that he will meet with China’s Xi for a fourth summit.