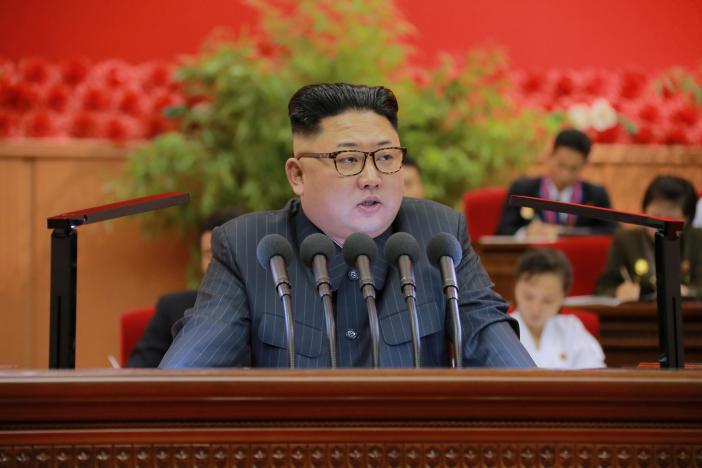 SEOUL - North Korea is ready to conduct an additional nuclear test at any time, South Korea's Defence Ministry said on Monday, three days after the reclusive North's fifth test drew widespread condemnation. Pyongyang set off its most powerful nuclear blast to date on Friday, saying it had mastered the ability to mount a warhead on a ballistic missile and ratcheting up a threat that its rivals and the United Nations have been powerless to contain. "Assessment by South Korean and U.S. intelligence is that the North is always ready for an additional nuclear test in the Punggye-ri area," South Korean Defence Ministry spokesman Moon Sang-gyun told a news briefing. Punggye-ri, near the northeastern coast, is the site of the North's five nuclear explosions. "North Korea has a tunnel where it can conduct an additional nuclear test," Moon said. South Korea's Yonhap News Agency reported earlier that North Korea had completed preparations for another nuclear test, citing South Korean government sources who said the North may use a previously unused tunnel at its mountainous test site. It did not elaborate on what activities had been detected at the Punggye-ri nuclear test site. North Korean Foreign Minister Ri Yong Ho, formerly the country's chief nuclear negotiator, arrived in Beijing on Monday and was seen entering the country's embassy, Japan's Kyodo news agency reported. Ri left Pyongyang to attend a meeting of the Non-Aligned Movement countries in Venezuela and later the U.N. General Assembly, the Associated Press reported from Pyongyang without citing a source. His trip comes amid a fresh push by the United States and South Korea for more sanctions following the nuclear test. A U.S. special envoy for the isolated state, Sung Kim, will travel to Seoul on Monday. Kim met with Japanese officials on Sunday and said the United States may launch unilateral sanctions against North Korea, echoing comments by U.S. President Barack Obama on Friday in the wake of the test. A push for further sanctions was "laughable", North Korea said on Sunday, vowing to continue to strengthen its nuclear power. Yonhap reported that bad weather had delayed the flight of an advanced U.S. B-1B bomber to the Korean peninsula, a show of strength and solidarity with ally Seoul, scheduled for Monday. The flight from the U.S. base in Guam would now take place on Tuesday, a U.S. Forces in Korea official told Reuters, declining to identify the type of aircraft involved. -Reuters