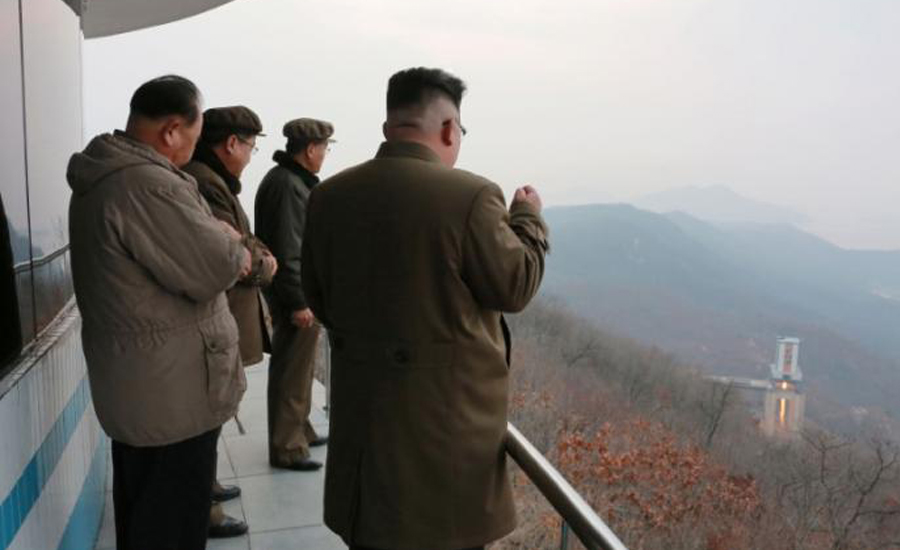 SEOUL - North Korea demanded on Friday the extradition of South Korea's spy chief, accusing him of being a mastermind of a plot to assassinate its leader, Kim Jong Un, with a biochemical weapon.

The North's KCNA state news agency last week accused the US Central Intelligence Agency and South Korea's National Intelligence Service (NIS) of a plot to assassinate its "supreme leadership" with a biochemical weapon.

The accusation came after weeks of tension over North Korea's nuclear and missile development and fears it will conduct a sixth nuclear test or test-launch another ballistic missile in defiance of UN Security Council resolutions.

North Korea on Thursday demanded the handover of "terror suspects" involved in the plot but it did not identify anyone.

"We urge the relevant authorities to immediately detect and arrest and hand over to the DPRK the masterminds of the hideous state-sponsored crime, accomplices and their followers," the office said, referring to the country by the initials of its official name, the Democratic People's Republic of Korea.

Lee was head of the NIS, South Korea's main intelligence service, under South Korea's previous conservative administration. New President Moon Jae-in has appointed a successor but Lee will remain in office until parliament approves the nomination.

The CIA and the US White House declined to comment on the statement from the North's Ministry of State Security last week.

North Korea accused the US and South Korean security agencies of planning a biochemical attack on leader Kim during April 15 celebrations in the North's capital of the anniversary of the birth of state founder Kim Il Sung.

North Korea said US and South Korean agents bribed and coerced a North Korean man into joining the plot which was foiled by its state security ministry.

North Korea's UN mission on Thursday said the plot was a "declaration of war". "A Korean-style, anti-terrorist offensive will be commenced to mop up the intelligence and plot-breeding organisations of the US and South Korea," mission said in a statement. -Reuters