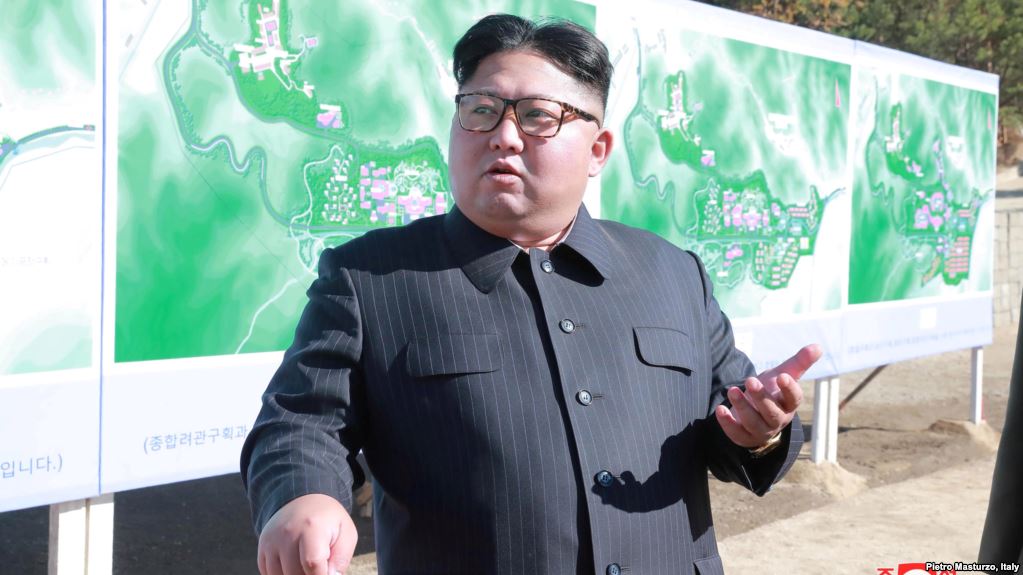 WASHINGTON (Reuters) - North Korean leader Kim Jong Un is willing to allow inspectors into the reclusive country’s main nuclear complex in Yongbyon, South Korea’s Yonhap news agency reported on Tuesday, citing a senior diplomatic source. “I understand that Chairman Kim told (South Korean) President Moon (Jae-in) during their summit in September that if the US took corresponding steps he would not only be willing to shut down the Yongbyon nuclear facilities but also allow verification,” Yonhap quoted the source as saying. The source said Moon passed the message on to U.S. President Donald Trump when the two met during the United Nations General Assembly in New York in September. Kim had earlier expressed openness to shutting down the site if Washington took “corresponding” measures, but no offer to allow inspectors in to verify had been reported. Asked about reports on Tuesday on North Korean willingness to allow inspectors in and whether there had been new developments, State Department spokeswoman Heather Nauert said she was “not aware of any of that,” but Kim had agreed to inspections in a meeting with Pompeo recently. “That’s something the secretary and Chairman Kim had agreed to and spoken about when the secretary was in Pyongyang about a month ago or so,” Nauert told reporters. “So that’s something they agreed to and we look forward to Chairman Kim fulfilling his commitments.” It was not clear from her remarks whether Kim had specifically said inspectors could visit the Yongbyon facilities. The United States has stressed the importance of verification as it negotiates with the North about the denuclearisation of the Korean Peninsula.