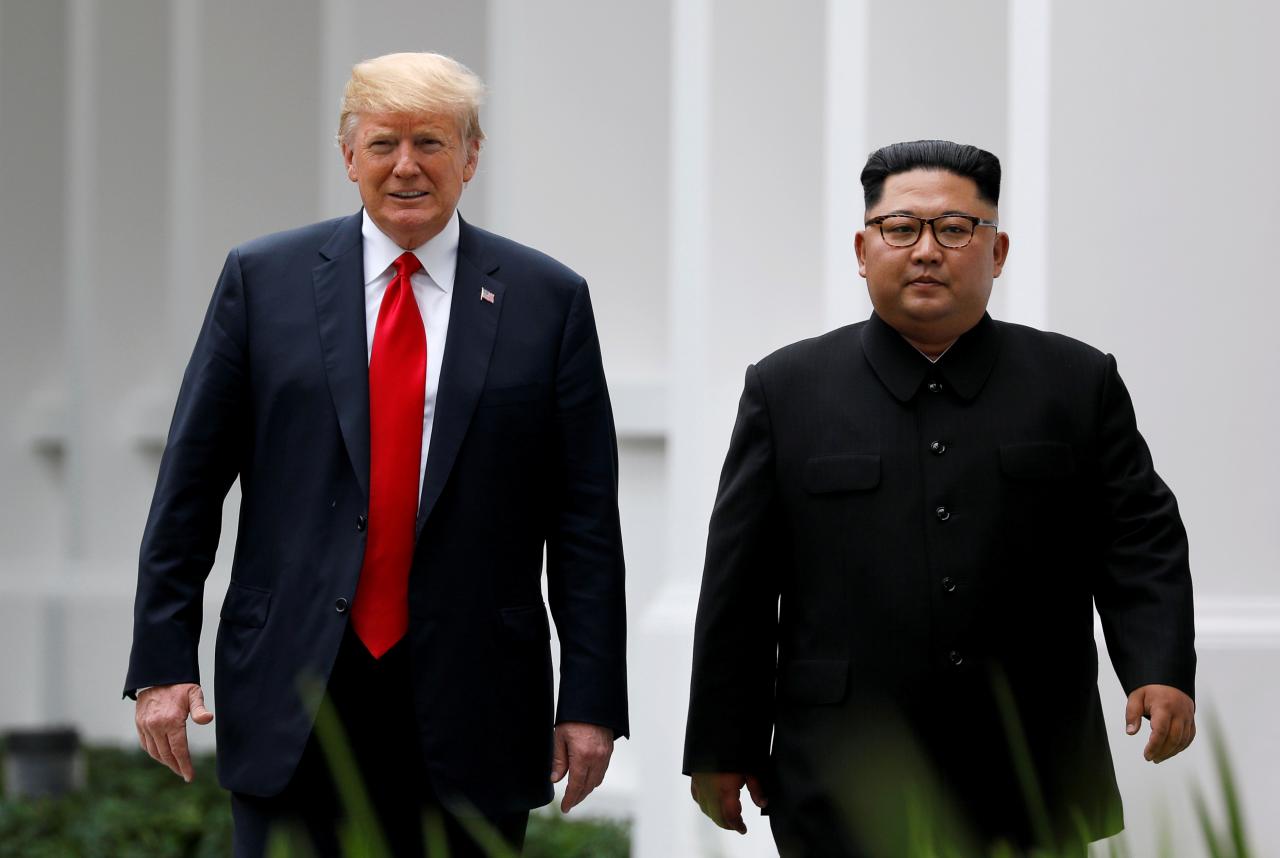 SEOUL (Reuters) - North Korean leader Kim Jong Un has sent a “conciliatory message” to US President Donald Trump amid stalled nuclear negotiations, South Korea’s Chosun Ilbo newspaper reported on Monday. Kim’s “letter-like” message to Trump was delivered on Friday through an unspecified channel, the newspaper reported, citing an unnamed diplomatic source. The report did not include details about the message but said it related to U.S.-North Korea talks, and was conciliatory in tone. On Sunday, the office of South Korea’s President Moon Jae-in said Kim had sent a letter to his counterpart in Seoul saying he wants to hold more inter-Korean summits next year to achieve denuclearization of the peninsula. Neither the U.S. State Department nor the U.S. Embassy in Seoul had an immediate comment about the report of Kim’s message to Trump when contacted by Reuters. Moon’s office could not confirm the Chosun Ilbo report. “There is a dialogue channel between North Korea and the United States through which they exchange active communication, but I cannot know whether it took the form of letter or something else,” Moon’s spokesman told a news briefing on Monday. At a summit with Trump in Singapore in June, Kim vowed to work towards denuclearization. However, both sides have struggled to make progress on this matter. They are also yet to reschedule a meeting between US Secretary of State Mike Pompeo and senior North Korean official Kim Yong Chol after an abrupt cancellation in November. Pyongyang’s state media has credited Trump for his willingness to continue dialogue but has also slammed the US State Department for tightening sanctions. The stalled negotiations have had an impact on inter-Korean ties, with Kim failing to visit Seoul this year as agreed to at an inter-Korean summit in Pyongyang in September. The Chosun Ilbo report said Kim wrote in the letter to Moon that he would come to the South “in the near future” after giving a New Year address on Tuesday. Kim’s New Year address provides a rare public appearance for the young leader and is closely watched by neighboring countries as it is seen setting the tone for his domestic and foreign policies. According to Moon’s spokesman, Kim said in the letter to the South Korean president that he was sorry his previously planned trip to Seoul did not take place, expressing his “strong resolve” to make it happen while monitoring the situation.