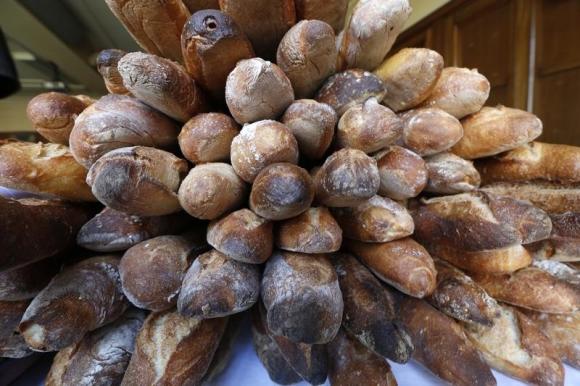 SEOUL - French-trained chefs are cooking up a storm in Pyongyang where North Korea's privileged classes are devouring their baguettes, a pro-North newspaper reported on Wednesday, even as much of the population outside the capital struggles to feed itself. The Kumkop General Foodstuff Factory for Sportspersons, which was established in 2011, sent its pastry chefs to train in France last year as part of a drive to become a world-class food plant, the Choson Sinbo said. The daily, published by the association of North Korean residents in Japan, said in report from Pyongyang that the wholewheat baguette had proved a hit. The North's leader Kim Jong Un personally visited the factory in January. "He said that the factory should wage a dynamic drive for developing and producing foodstuff including chewing gum which is badly needed by the sportspersons and suited to the constitution of the Koreans," the North's official KCNA news agency said. Pyongyang is home to most of the North's wealthy and educated class, as well as bureaucrats and a growing middle class. But in the countryside, many do not know where their next meal is coming from. TheUnited Nations has said over a quarter of all children are malnourished. - Reuters