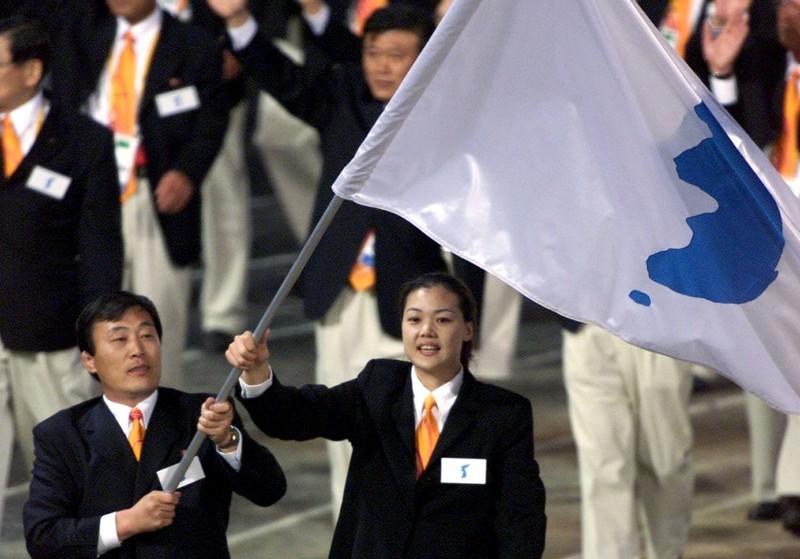 SEOUL (Reuters) - The two Koreas agreed on Monday to march together under a unified peninsula flag and form combined teams to compete in the next Asian Games, they said in a joint statement, in the latest sign of a thaw between the old rivals. Both sides also agreed at a round of talks on their heavily fortified border to hold a basketball match in the North Korean capital of Pyongyang on July 4, marking the anniversary of an inter-Korean agreement on unification, they said. The agreement comes amid a range of talks as part of efforts to promote reconciliation, including opening military hotlines and arranging reunions for families of Koreans divided by the 1950-53 Korean War. The athletes from the two sides will march together under a unified peninsula flag and the country name “Korea” during the opening and closing ceremony of the Asian Games, as they did in the Winter Olympics in South Korea in February. The next Asian Games will be held in Indonesia from mid-August to early September. They agreed to create combined teams for the upcoming games and for other international competitions, and will hold more discussions to work out details. The basketball friendly will take place in Pyongyang next month and another match will be held in Seoul later in the year, they said in the statement. “We agreed to promote sports cooperation and exchanges including joint training and matches,” they said. Warming ties between North Korea and South Korea come as relations between North Korea and the United States have also improved after tension last year over the North’s nuclear and missile programmes. North Korean leader Kim Jong Un met US President Donald Trump for the first ever summit between the two countries, in Singapore last week.