North, South Korea to hold high-level inter-Korea talks on May 16 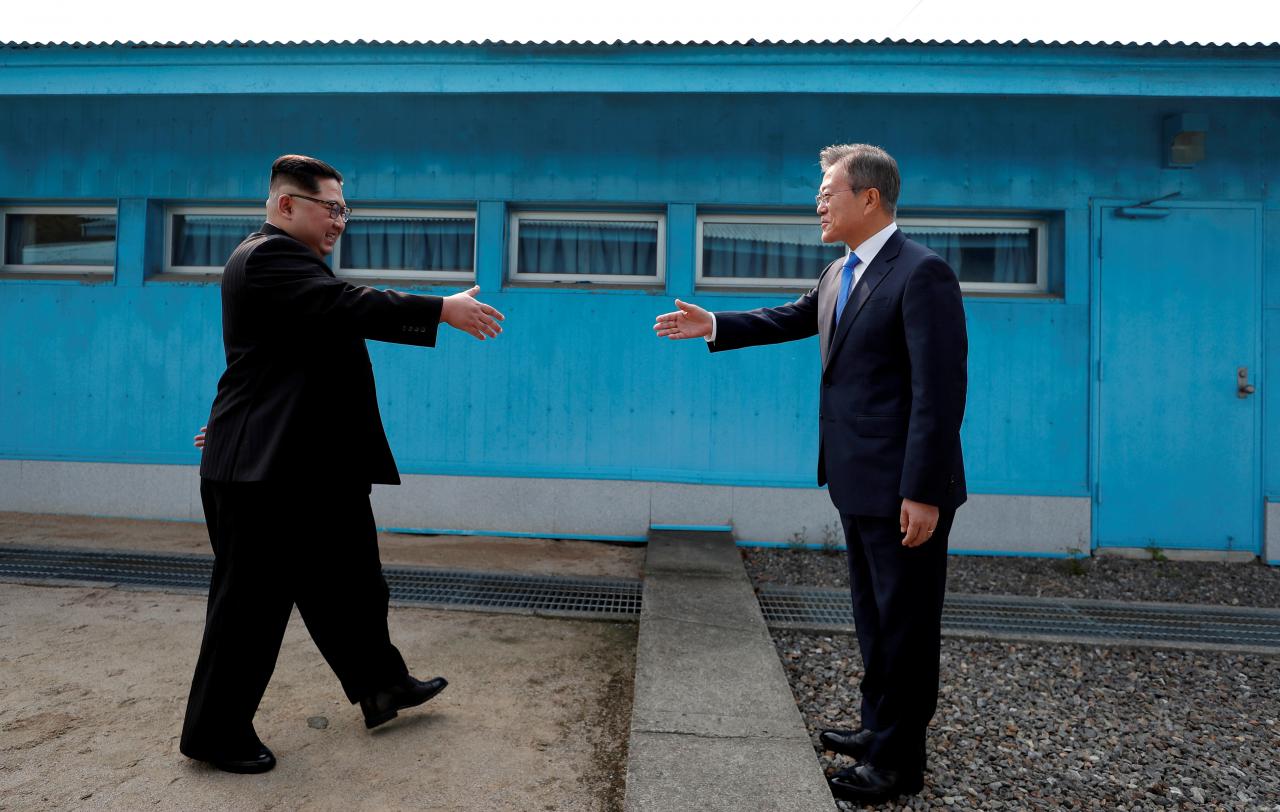 North, South Korea to hold high-level inter-Korea talks on May 16

SEOUL (Reuters) - North Korea and South Korea agreed on Tuesday to hold high-level inter-Korea talks on May 16 to discuss steps needed to uphold the pledge to denuclearise the Korean peninsula, South Korea’s Unification Ministry said. The meeting will discuss specific plans needed to carry out the April 27 inter-Korea summit declaration, which includes pledges to finally end a seven-decade war this year, and pursue “complete denuclearisation”. “The South and North will hold a high-level inter-Korea meeting on May 16 in the Peace House in Panmunjom, to discuss implementation of ‘Panmunjom Declaration for Peace, Prosperity and Unification of the Korean Peninsula,” the Unification Ministry said in a statement. The meeting would be the latest in a series of actions taken by North Korea that have spurred hopes that the seven-decade conflict on the Korean Peninsula may be coming to an end. North Korea has scheduled the dismantlement of its nuclear bomb test site for sometime between May 23-25 in order to uphold its pledge to discontinue nuclear tests, the country’s state media reported on Saturday, a month ahead of a planned North Korea-US summit in Singapore. US President Donald Trump and North Korean leader Kim Jong Un will meet on June 12, a scenario that seemed improbable given the insults and threats exchanged between the two leaders in the past year. Wednesday’s inter-Korea talks will see North Korea send a 29-member delegation led by Ri Son-gwon, chairman of the ‘Committee for the Peaceful Reunification of the country’. Also in the delegation will be Kim Yun-hyok, vice minister of Railways, and Won Kil-U, vice minister of Physical Culture and Sports. From South Korea, Unification Minister Cho Myoung-gyon will led a team of five.