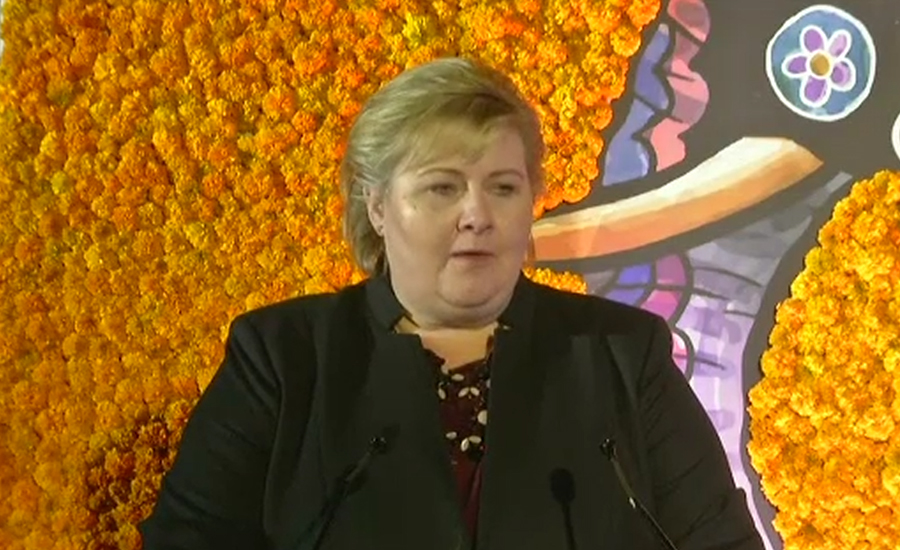 NEW DELHI (Web Desk) – Norwegian Prime Minister Erna Solberg has offered mediation between Pakistan and India, saying her country is ready to intervene on the Kashmir issue only if both countries desire so. Talking to the media after inaugurating the new building of the Norwegian Embassy during her visit on Monday, she said that Pakistan and India are big countries and both can resolve their problems. “The military is not a solution to the problems. I believe in participation of women and youth in peace negotiations. You can have a victory through a military but you will still have the problems within.” The Norwegian PM said that if there was a movement in India and Pakistan for having talks together, they and other countries that would say they can help in anything if there is a possibility. “But it has to be partner driven. It has to be those who are part of the conflict. Our government policy is very clear – if we are going to help somewhere, they have to ask for it, it’s not an initiative that…comes from the outside,” she added. Solberg said India and Pakistan were big enough countries to make sure that they can also decrease tensions between them without help from the outside. “Both India and Pakistan have to find the time for when they want to start talking about things, but all countries that have higher military expenditure because you are not so friendly with the neighbours face the possibility of using less money on key sectors such as education and health,” Solberg said.