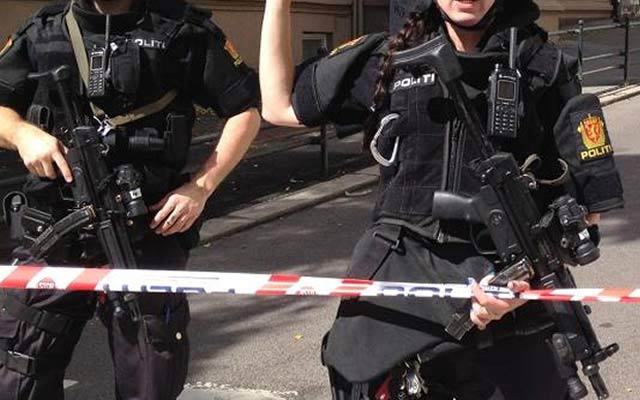 OSLO - Norwegian police are investigating a suspicious package found on Wednesday on the campus of the University of Oslo, they said on their Twitter account. The object, which the police said was seen as 'suspicious', was being linked to a shooting episode earlier in the night, where two people shot at a campus guard. The shooters fled the scene and the guard was not seriously hurt, the police said. "It concerns a bomb-like object," police said on the social media website, adding that bomb technicians were on the scene. -Reuters