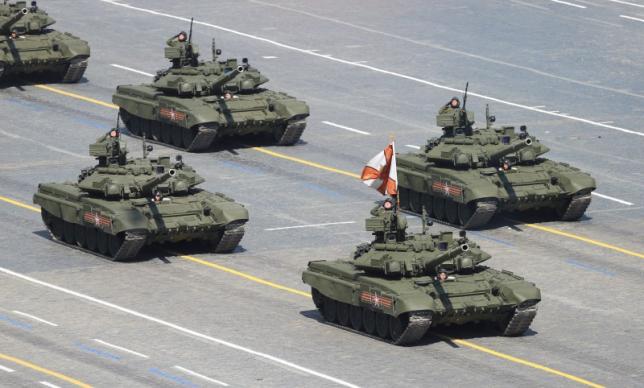 OSLO – A Russian invasion of Norway to take control of its oilfields is the stuff of fantasy on a new Norwegian TV series, but Moscow is not at all pleased, fiction though it is. The series "Occupied" depicts a Russian occupation of its Nordic neighbor at the request of the European Union to restore Norway's oil production after it is shut down by a green-conscious Oslo government. The show is based on an idea by hit crime writer Jo Nesbo, author of the Harry Hole detective books. At 90 million crowns ($10.89 million), it is the most expensive Norwegian TV series ever. The Russian embassy in Oslo, though, wishes the expense had been spared. "One should not expect any hysteria from the Russian side - it's not our style," the embassy wrote in a letter to broadcaster TV2. "At the same time, it is unfortunate that during the year marking the 70th anniversary of the victory in World War Two, the show's writers, as if they have forgotten about the heroic effort by the Soviet army in the liberation of northern Norway from Nazi occupants, intimidate Norwegian viewers with a non-existent threat from the east." The makers of the series say that existing tensions between Russia and the West did not inspire the show. "In our story it is the EU that gives Russia the green light to invade Norway and the U.S. has withdrawn from NATO. It's fiction," Christopher Haug, TV2's head of drama, said. "It is not done with intention. This is a project that has been going on for a long time," he told Reuters. The first of 10 episodes will air on Norwegian screens on Oct. 4. Officials at the Russian embassy in Oslo were unavailable for further comment. The Norwegian foreign ministry said in an email to Reuters that "this is a TV series produced for TV2. For the foreign ministry, this is not something we spend time on". –Reuters