Nisar vows to quit in fresh blow to PM Sharif 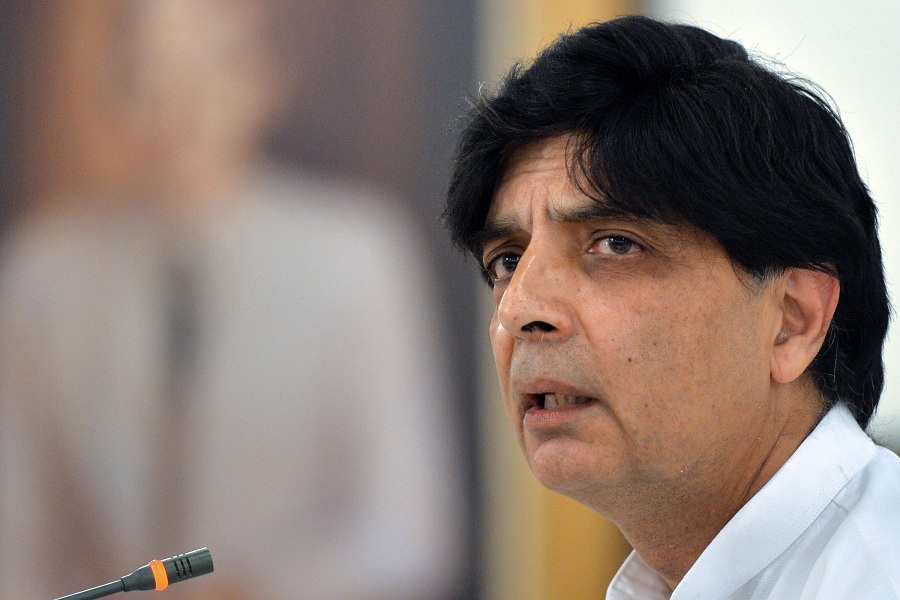 Nisar vows to quit in fresh blow to PM Sharif

ISLAMABAD (92 News) – Interior Minister Chaudhry Nisar Ali Khan has on Thursday said that he would quit his post, parliament and politics after the Supreme Court’s judgment on corruption accusations against Prime Minister Nawaz Sharif, whatever the result. Addressing a press conference in Islamabad on Thursday, he said that he is not angry, adding that why would he be angry when it is the tough time for the Pakistan Muslim League-Nawaz (PML-N) and Prime Minister Nawaz Sharif. The announcement by one of Sharif's longstanding political allies marks a fresh blow to the premier as he awaits a ruling that could disqualify him from office. "The day Supreme Court decides, whether it is in favour of Nawaz Sharif or against him, I have decided I will quit from my ministry and I will also quit from the National Assembly," he said. The minister said that he had clashed with members of Sharif's PML-N party over how to tackle the Panama Papers leak, which led to the investigation into how Sharif obtained his wealth. “I am not a passenger of any train, adding that I have not ‘missed any train’,” he added. I was not invited in the top consultative meetings of the party in the last three months, he said. Ch Nisar said that he had a 33 year association with the party and cannot imagine of ditching it at this critical juncture, adding that it was a matter of pride for him that even political opponents have publicly declared that Nisar will not leave the party. The minister said that Prime Minister Nawaz Sharif is a decent and amiable personality and worked hard to establish the party. He said that he always spoke truth before the party leadership in the interest of the party and the Government.