Not in hurry for IMF package, talks will continue: Asad Umar 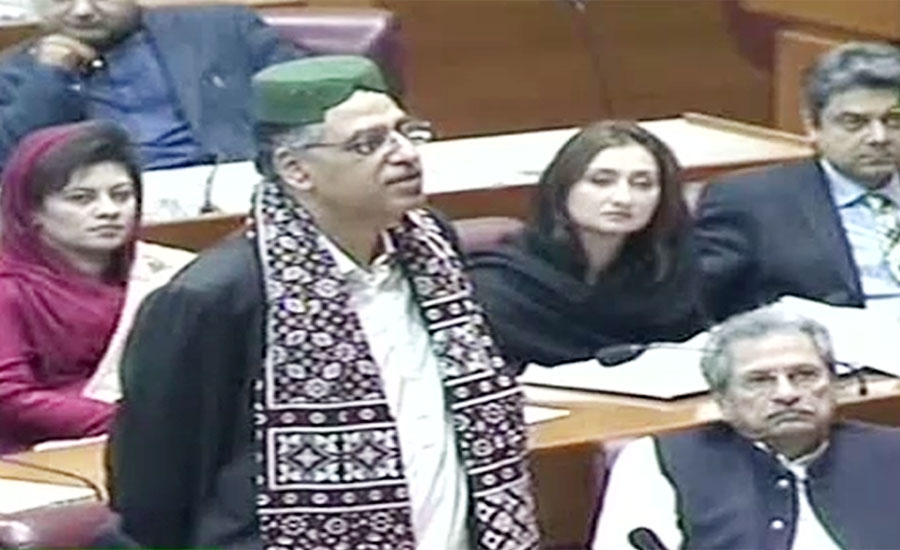 Not in hurry for IMF package, talks will continue: Asad Umar

ISLAMABAD (92 News) – Finance Minister Asad Umar on Friday has said that the Pakistan Tehreek-e-Insaf (PTI) government is not in a hurry for the International Monetary Fund (IMF) package as alternative arrangements have been made to address immediate economic needs of the county. Speaking in the National Assembly session, Asad Umar made it clear that the government will only sign such an IMF package which is in the interest of Pakistan’s economy and the people. He said that the government would not make any decision which adds to the difficulties of the people. Making a policy statement in the NA about talks with the IMF talks, the minister said, “We are taking the IMF loan just only for paying the interest of the debts.” He also said that they would not increase the sales tax like the Pakistan Muslim League-N (PML-N). He said that Pakistan has already signed an economic assistance package with Saudi Arabia while talks with other friendly countries are underway. “We have to take steps to reduce trade, current account and budget deficits,” Asad Umar said. He said that 15.50 percent increase has been witnessed in the remittance over the last three months. He said the overseas Pakistan have sent additional one billion dollars to Pakistan during this period. About the petroleum prices, the minister said, “We have substantially reduced taxes on the diesel.” He urged the opposition not to do politics on China Pakistan Economic Corridor as it will not augur well for the country.