Not just a thriller, 'Girl on the Train' plumbs women's struggles 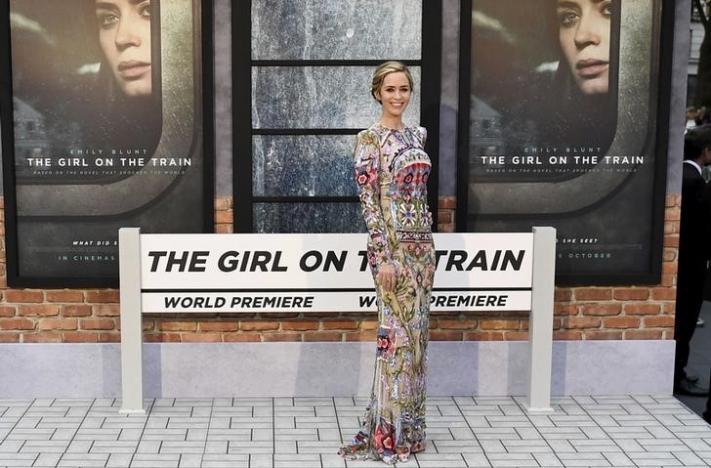 Not just a thriller, 'Girl on the Train' plumbs women's struggles

NEW YORK - It's a thriller, a whodunit, a story of loneliness, alcoholism and voyeurism. But "The Girl on the Train," the movie version of the best-selling novel, is also a tale of female empowerment, the filmmakers say. After selling 15 million copies worldwide since its 2015 release, Paula Hawkins' story of murder, betrayal and emotional abuse gets a dark twist in the movie that opens this week. Emily Blunt plays Rachel Watson, an alcoholic who has lost her job and her marriage and who spies from the train on her cheating ex-husband (Justin Theroux) and his new wife Anna (Rebecca Ferguson). Rachel turns amateur detective when another woman with disturbing secrets, Megan (Haley Bennett), goes missing and turns up dead. "I feel like this film represents women's right to be bad and flawed and wrong and messed up. I think women around the world are going to applaud that," Blunt said. "Yes, (the women) are pitted against each other in the beginning but yet they do ultimately unite, and they are real," she added. All three women are subject to jealousy, controlling behavior and gaslighting - the term for psychological abuse that makes a victim doubt his or her sanity. Some previews have had women in the audience cheering at the end as the female characters wreak their revenge. The movie opens during domestic violence awareness month in the United States and the National Network to End Domestic Violence has produced discussion questions that highlight themes of abuse in the book. Director Tate Taylor said he would be glad if the film empowers women. "I didn't intend, on an intellectual level, for it to be a revenge film, but it has struck a nerve." Taylor, who also directed the female-centric movie "The Help," attributes his empathy with women to his upbringing. "I was raised by a single mom. She was pretty much my primary caregiver... So I had a lot of female energy and I saw a lot of struggle, a lot of determination and a lot of success. I equate women with being survivors because of my mom," he said. Taylor and Blunt said the movie was deliberately darker than the book. "We agreed that we were really going to reveal the underbelly of domestic life in all its darkness," said Blunt. "It's incredibly brutal to watch at times and unsettling, and I am thrilled that even for lovers of the book, it still shocks." -Reuters