I do not accept a criminal as country’s PM, says Imran Khan 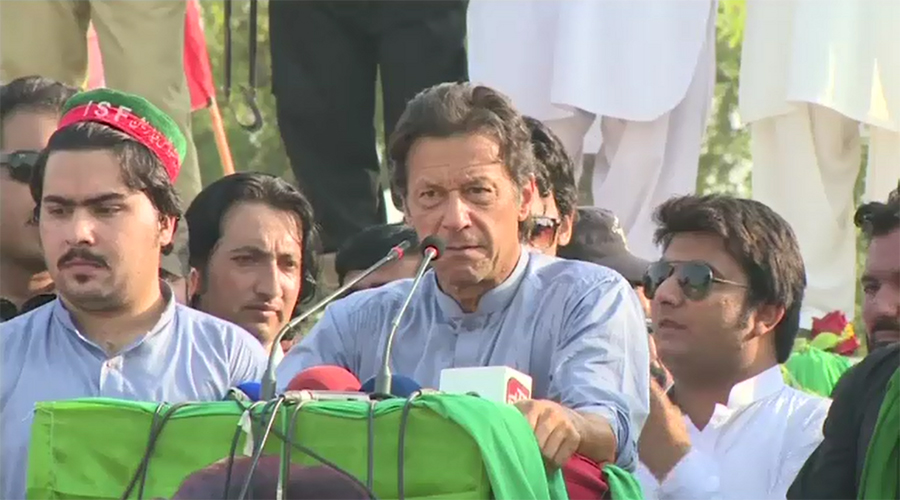 I do not accept a criminal as country’s PM, says Imran Khan

DERA ISMAIL KHAN (92 News) – I do not accept a criminal as Prime Minister of the country, said Pakistan Tehreek-e-Insaf chairman Imran Khan on Sunday. Addressing a rally in Dera Ismail Khan on Sunday, he said that Panama leaks is not just an allegation but it is an evidence and we are all now asking for answers. He urged masses to stand up for their rights and said ‘it is the right time to change their destiny’. Khan regretted that the people were suffering from poverty while the Sharif family was making the most of its authority. The PTI chairman said that the institutions of justice of Pakistan only prosecute the poor and helpless but let the powerful criminals go, adding that the jails are full of people who out of desperation committed petty crimes. They are in for years. “I invite the entire Pakistani nation on November 2 as this is the opportunity given by Allah almighty to change fate of Pakistan,” he added. 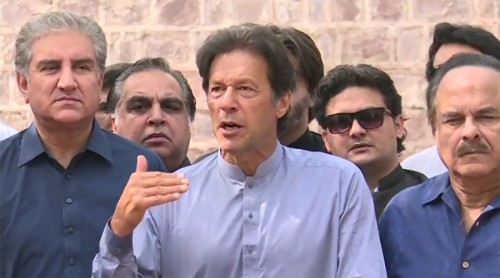 Earlier, Pakistan Tehreek-e-Insaf (PTI) chairman Imran Khan has on Sunday said that a sea of people is approaching Islamabad on November 2 and the government would bear the consequences if it tried to stop the peaceful protesters. Talking to media in Islamabad after presiding over a meeting of the party leadership at Bani Gala, he once again cleared that they have the right to hold peaceful protest. “Allies of the government were giving an impression that PTI is spreading chaos,” he added. The PTI chairman said: “The Army is being discredited under the disguise of sit-in, adding that they are not struggling for the third power for the last 20 years.” Criticizing the opposition parties, Khan said that those stopping them from holding peaceful protest are corrupt, adding that they knew it’s going to be their turn after Prime Minister Nawaz Sharif.