Nothing left for me to prove, says new world number one Kerber 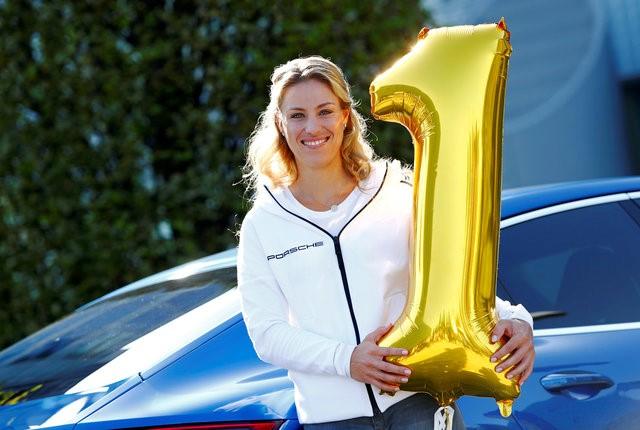 Nothing left for me to prove, says new world number one Kerber

MUNICH - Newly-crowned world number one Angelique Kerber has nothing left to prove after clinching the U.S. Open for a second grand slam this year and securing a place in the record books, the German said on Tuesday. The 28-year-old became the oldest player to rise to that rank when the new list was published on Monday, capping a memorable summer that also included the Olympic silver medal at the Rio de Janeiro Olympics and a Wimbledon final appearance. Her success in Rio was followed up by a final defeat in Cincinnati to Katerina Pliskova, who she then beat in the U.S. Open final. "In Cincinnati, that is where the questions about number one started coming up and that is where the additional pressure started," she said. Kerber had started the year by winning the Australian Open but said her triumph in New York on Saturday, coupled with the number one ranking, had now taken off any pressure. "Winning the second grand slam, it was a bit different," she told a news conference in Munich following her return to Germany. "I don’t have anything to prove anymore. I am at the top, number one. I waited for this moment all my life," she said. "Melbourne was different as it was my first grand slam. I had to deal with a lot of things off the court after that." Kerber, who beat Pliskova in three sets in New York, having secured the top spot days earlier following Serena Williams' exit, said her improved fitness and mental strength had been key to her success. "This year everything came together. The experiences, specifically dealing with pressure. I am even fitter now than earlier this year. I am more positive and can deal with things even if they do not go that well." "This mental strength was a life-saver when I was trailing 3-1 in the third set," she said. "At 28, I am now at the peak of my career and can enjoy it." Kerber said she would now put her tennis racquet to the side for a few days and would treat herself to a special gift with some of her $3.5 million prize money. "It will probably be in the direction of jewellery. But exactly what it will be I do not know yet." -Reuters