LAHORE (92 News) – The authorities have displayed a displayed to auction the property of PML-N Quaid Nawaz Sharif at Jati Umrah to collect the £8m fine imposed by the National Accountability Bureau (NAB) courts in various cases.

The PML-N Quaid's house at Upper Mall will also be auctioned.

According to the notice, agricultural lands in the name of the PML-N supremo located in Jati Umrah in Lahore would be auctioned on November 19. 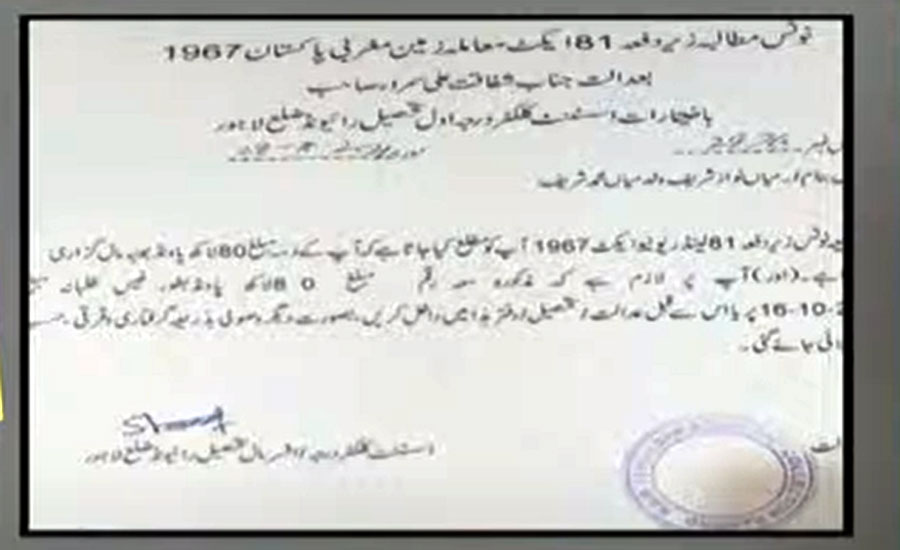 The officials from the FBR, the NAB Lahore and Rawalpindi have also been directed to join the process.

In June, the Islamabad High Court (IHC) had rejected the pleas to halt the auction of former premier’s properties in Toshakhana (gift depository) reference and dismissed them as unmaintainable. On April 22, an accountability court (AC) had ordered the auction of the PML-N supremo’s assets.