QUETTA (92 News) – A key commander of banned Balochistan Liberation Army (BLA) has on Sunday laid down his arms on Sunday. As per details, Balochistan Liberation Army (BLA) commander Ahmad Nawaz was running a rebel camp in Kharan and suburban areas to give tactical training to the recruits of banned outfits. Ahmad Nawaz also sang the Pakistani national anthem at the time of surrender. The ceremony was held at the Frontier Corps (FC) headquarters in Kharan. 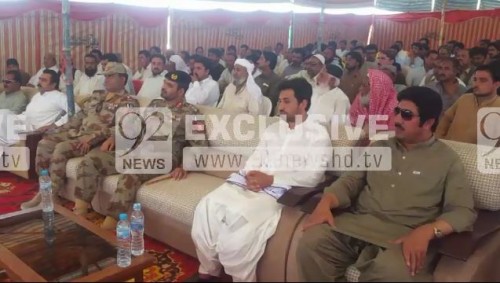