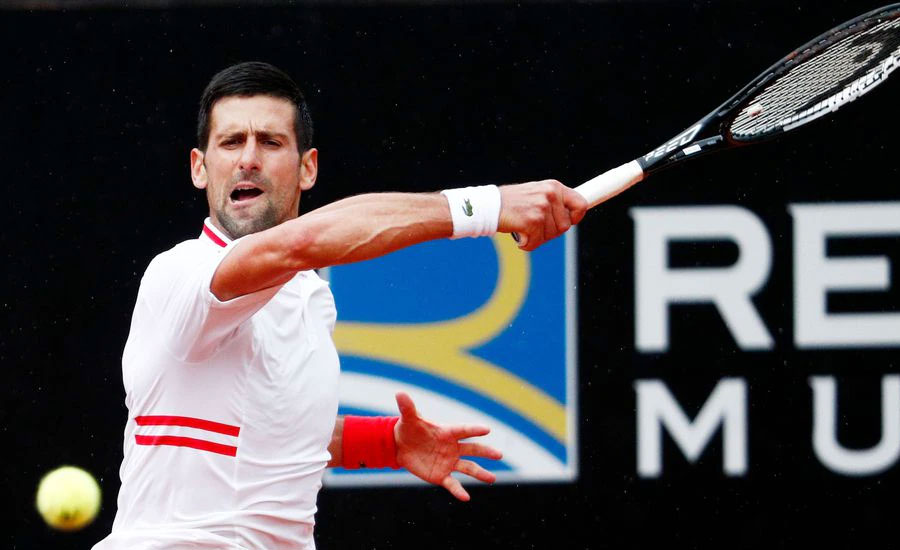 Reuters) - World No. 1 Novak Djokovic went off on the chair umpire Tuesday in Rome for not stopping the match between the Serbian and American Taylor Fritz amid rainfall.

Djokovic was up a break in the second set on the clay courts of the Italian Open when the rain started to get heavier. Fritz went on to tie the set at 5-5.

"How much more do you want to play?" Djokovic yelled at the umpire.

The umpire responded that he wanted to check the court.

"I asked you three times!" Djokovic shot back, per video accounts of the episode. "You're not checking anything!"

Djokovic would subsequently leave the court to take shelter in the tunnel and the match was suspended a few minutes later.

All other matches after that were postponed. Djokovic, 33, is an 18-time Grand Slam winner.

Djokovic demolished his racket at the Australian Open three months ago, an incident which came after his disqualification from the U.S. Open for striking a lineswoman in the head when he angrily struck a ball.