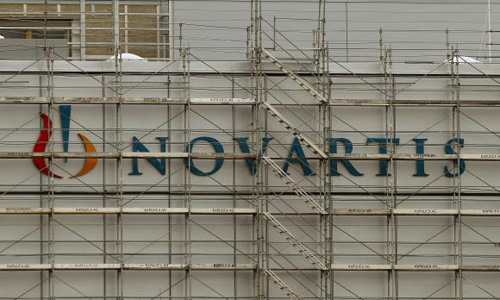 STEIN (Reuters) - The US Food and Drug Administration on Monday approved Novartis AG's drug to treat patients who have relapsed after earlier therapies for multiple myeloma, an aggressive blood cancer, even though an advisory panel in November recommended against approval. The drug, Farydak, in clinical trials almost doubled to 10.6 months the amount of time it took for the disease to progress, compared with standard treatment. But it was associated with a wide array of serious side effects, including severe diarrhea and heart problems, which are prominently listed in a boxed warning. Farydak was approved for use in combination with Takeda Pharmaceutical Co Ltd's Velcade and the anti-inflammatory drug dexamethasone once a patient has received at least two prior treatment regimens. Prior treatments would include Velcade and an immunomodulatory drug, such as Celgene Corp's Revlimid. The FDA's advisory panel of outside medical experts had voted 5 to 2 against recommending approval, saying the drug's benefits did not outweigh its risks. But the FDA, which usually follows the advice of advisory panels but is not obligated to do so, granted Farydak conditional approval, meaning that continued approval may hinge on demonstrating benefits in confirmatory trials. Farydak was approved with a Risk Evaluation and Mitigation Strategy (REMS), a communication plan meant to inform health care professionals of a specific drug's risks and how to minimize them. The disease is caused by an overgrowth of plasma cells, a type of white blood cell present in the bone marrow, which displace healthy cells and prevent them from functioning properly. Almost 22,000 Americans annually are diagnosed with the cancer, and almost 11,000 die from it each year, according to the National Cancer Institute. Multiple myeloma is incurable, and has a high rate of relapse. The Novartis medicine is the first among a new class of treatments called HDAC inhibitors, meant to help restore cell function.