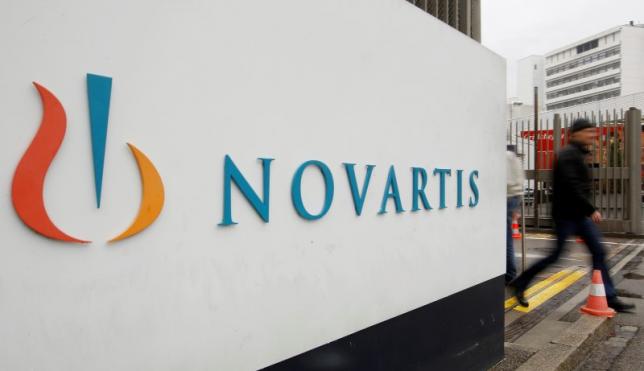 CALIFORNIA - Novartis's psoriasis drug Cosentyx showed long-term efficacy in keeping patients' skin clear, the Swiss drugmaker said on Saturday, citing a study it hopes will ultimately help the company to win business from rival medicines made by Amgen and Johnson & Johnson. More than 66 percent of Cosentyx patients achieved "clear or almost clear" skin after four years, Novartis said, comparable with the 68.5 percent who hit that milestone after one year. A durable response is important, since older biotech drugs for plaque psoriasis, known as anti-TNFs, can lose their effectiveness over time. Cosentyx's second-quarter sales hit $260 million from $30 million in the second quarter of 2015, just after it went on sale, largely as it won patients from anti-TNFs such as Amgen's Enbrel. With Novartis aiming for $5 billion in peak annual revenue, the company is now pushing for more dermatologists to shift patients to Cosentyx from Johnson & Johnson's Stelara. (tinyurl.com/jevenh5) "Our focus has been continuing to generate the data and convince physicians that it's worth making the switch," said Vasant Narasimhan, Novartis chief medical officer, in an interview ahead of a dermatology congress in Vienna. "Now you have data out to four years showing we've maintained the efficacy, at the levels that we saw after year one," Narasimhan said. Novartis's findings released on Saturday also showed Cosentyx helped 60 percent of people with psoriasis on their hands and feet achieve clear or nearly clear skin on these difficult-to-treat areas. Since its introduction in early 2015, Cosentyx has won EU and U.S. approval for psoriasis as well as for active ankylosing spondolitis and psoriatic arthritis, a painful autoimmune condition that damages joints and to which many psoriasis patients are vulnerable. -Reuters