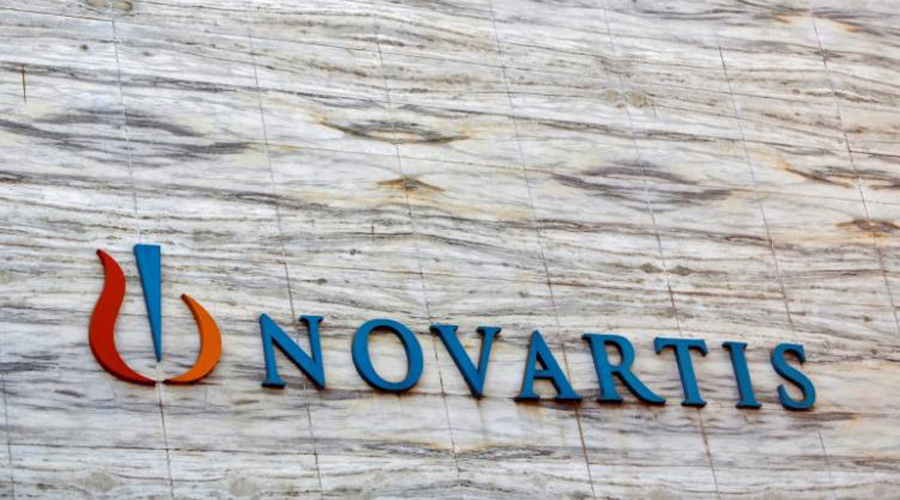 LONDON - Novartis's investigational multiple sclerosis drug cut the risk of disability progression in patients with a tough-to-treat form of the disease versus a placebo, the Swiss company said, citing a new analysis of a late-stage trial. Novartis is testing BAF312 against secondary progressive multiple sclerosis (SPMS), which includes patients whose relapsing-remitting MS moves to a new phase characterized by a progressive worsening of neurological function. The Basel-based drugmaker joins crosstown rival Roche in targeting MS with new drugs. Roche's investigational Ocrevus has shown efficacy against relapsing-remitting MS as well as primary progressive MS, for which there is now no approved treatment. Some analysts contend Novartis's BAF312 is an under- appreciated part of its drug pipeline that promises to help the company shake off recent challenges including the sluggish launch of its Entresto heart failure drug and a sales slump at its Alcon eye care and surgical instruments division. "We think BAF312 now has a 60 percent chance of $3 billion peak sales. An effective drug in SPMS would have a huge impact," wrote David Evans, of Kepler Cheuvreux, in a note to investors this month after Novartis flagged the positive study in late August. On Saturday, the company presented more-detailed findings at the Congress of the European Committee for Treatment and Research in Multiple Sclerosis in London. There, it told neurologists and other attendees that BAF312 demonstrated "a consistent reduction in the risk of confirmed disability progression across predefined subgroups, including patients without relapses." According to Novartis's analysis, BAF312 reduced the risk of three-month confirmed disability progression by 21 percent compared with placebo, with risk reduction even greater after six months. BAF312 also helped reduce the annualized relapse rate and compared favorably with the placebo in measures including the percent change in brain volume as well as volume of brain lesions, Novartis said. The difference in change from baseline in the timed 25-foot walk test, a measure for MS patients to assess disease progression, was not significant, Novartis said. "These data are a positive stride forward in an unserved disease area, and we look forward to evaluating next steps with health authorities,” said Novartis Chief Medical Officer Vasant Narasimhan. In its annual report, Novartis lists BAF312's planned regulatory filing date as 2019. The Phase III trial, called Expand, included 1,651 people in 31 countries, with an average participant age of 48. The MS Society said the analysis, while still at an early stage, was welcome news for MS sufferers and their families searching for new options. “This is hugely encouraging news for people with MS," said Dr. Emma Gray, the MS Society's interim assistant research director, in a statement. "There are 100,000 people with MS in the UK, the majority of whom will develop secondary progressive MS... for which there are no effective treatments to stop it worsening." -Reuters