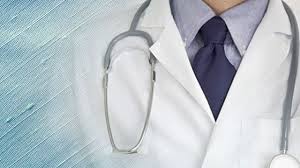 CHICAGO - A Maryland-based biotech company believes it can solve a riddle that has baffled Big Pharma for decades: how to protect against a virus that infects almost every American child. If mid-stage trial data proves positive, Novavax Inc will be closer than any drug developer to a vaccine for respiratory syncytial virus, or RSV, which affects those most with compromised immune systems - including young infants and the elderly. An effective vaccine would represent a $1 billion opportunity in the United States and potentially double that worldwide, said Heather Behanna, an analyst at Wedbush Securities. But the complex molecular structure of the virus has proven to be an issue for drug developers in the nearly 60 years since its discovery. If the mid-stage trial data disappoints, Novavax will join a handful of other developers that have failed at this stage. Most children in the United States will suffer an RSV infection before their second birthday, according to the Centers for Disease Control and Prevention. For most older healthy children and adults, it causes little more than a common cold, but in high-risk groups it can lead to more serious lung and airway infections. It is the leading cause of bronchiolitis, an inflammation of the small airways, as well as pneumonia in children less than a year old. On average, RSV kills fewer people than influenza - between 10,000 and 15,000 elderly Americans a year, compared with 20,000 to 50,000 older adults for flu deaths, according to researcher Dr. Pedro Piedra of the Baylor College of Medicine, who also serves on Novavax's scientific advisory board. However, RSV is the major viral pathogen in infants, killing about 500 infants every year in the United States, Piedra said. RSV is also responsible for more than 2 million outpatient visits a year by children under the age of five - a huge drain on the country's healthcare resources. Novavax estimates hospital costs associated with RSV in older adults alone costs the U.S. healthcare system about $23 billion. With so many cases, Chief Executive Stanley Erck says Novavax's drug has the potential to be "the largest selling vaccine in the history of vaccines in terms of revenue". It could be ready as early as 2017, he told Reuters. Novavax's mid-stage data in the elderly, expected this quarter, aims to prove that the vaccine can prevent RSV infection in this population. Meanwhile, the company is also immunizing mothers in a separate mid-stage trial in an attempt to jumpstart infant immunity. Data from this study is expected in the third quarter. SEASONAL VIRUS, BUT NOT THE FLU In the mid-1960s, developers followed the same strategy that had worked with influenza: they grew the virus in a lab, killed it and used the dead cells to develop a vaccine. Like the flu, RSV is a seasonal virus. But it proved far different than the flu. Those exposed in early testing fell sick; a trial in 1966 resulted in the deaths of two toddlers. (bit.ly/1h32MRW) That episode halted trials for many years, said Dr. Leonard Krilov, Chief of Pediatric Infectious Diseases at Winthrop-University Hospital in Mineola, New York. As researchers developed a better molecular understanding of RSV, testing resumed. Several big companies, including Novartis AG, GlaxoSmithKline Plc  and Bavarian Nordic A/S, are also conducting clinical trials but Behanna of Wedbush expects Novavax to reach later stages of development earlier. MedImmune, now part of AstraZeneca Plc, developed a drug, Synagis, that can prevent lung infections caused by RSV. It has been used to treat more than 2 million babies worldwide since 1998, but it cannot prevent the RSV infection itself. It is also expensive. The average seasonal cost per patient during the 2013-2014 RSV season was about $6,400, AstraZeneca said. Behanna estimated the Novavax vaccine might have a retail cost about $40 a shot for the elderly and $100 for pregnant American women. Erck said Novavax was considering tiered global pricing for its vaccine but that it was too early to provide details. The mid-stage data could allow Novavax to determine dosage strength for the elderly and to help design a late-stage trial planned for this RSV season, which corresponds roughly with winter. - Reuters