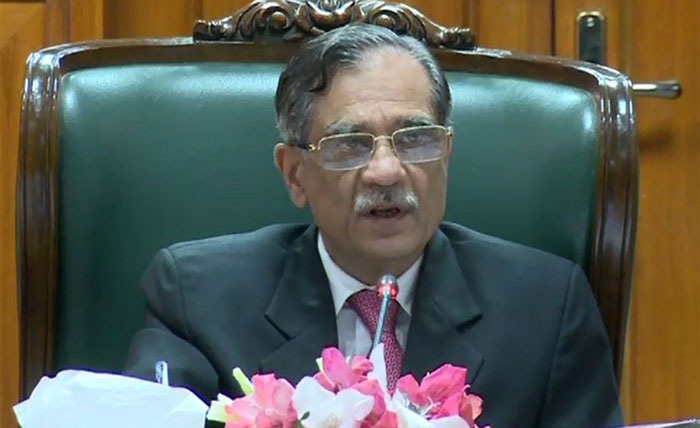 ISLAMABAD (92 News) – The Supreme Court (SC) on Wednesday has sought foreign assets details from former Presidents Asif Ali Zardari and Pervez Musharraf. A three member bench of the Supreme Court headed by Chief Justice Mian Saqib Nisar heard the National Reconciliation Ordinance (NRO) case. The directions were issued in the NRO beneficiaries' case in Islamabad. Asset details of former Attorney General Malik Qayyum were also sought. Meanwhile, Musharraf’s lawyer Akhtar Shah asked to give two-week extension so that he can file his reply. The court said that if the respondents have offshore companies, they should also declare them. The court has adjourned hearing of the case till August 7. – SC summons PTV MD at 4pm – Hearing case regarding the suo motu case related to former Pakistan Television (PTV) chief Attaullah Haq Qasmi's appointment as managing director (MD), the CJ also summoned the PTV MD at 4:00pm today. He remarked that a man who has no qualification and experience relating to the journalism, asking how he can be appointed as MD PTV. Qasmi’s counsel Ayesha Hamid stated that the PTV chairman’s appointment is the federal government’s right. When Qasmi’s counsel objected to the top court’s intervention in the case, the chief justice remarked that since the matter pertains to a public appointment, the court may review it. The chief justice observed that the government ignored regulations when it used unfair means to appoint Qasmi, adding that there must be some rules regarding the government’s powers and its limits. The hearing was then briefly adjourned.