‘NRO germs’ are more in test report of Nawaz: Fawad 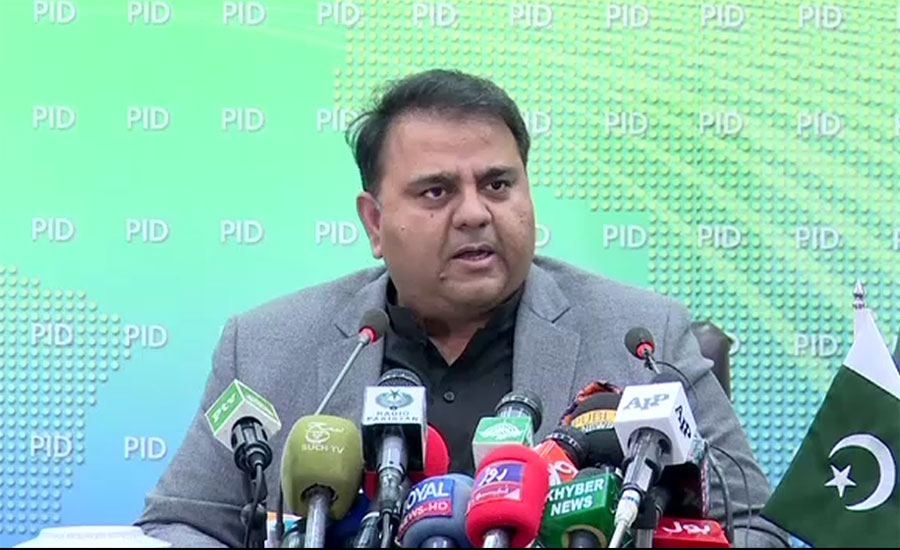 ‘NRO germs’ are more in test report of Nawaz: Fawad

ISLAMABAD (92 News) – Responding to test report of former prime minister, Federal Minister for Information and Broadcasting Fawad Chaudhry said that the ‘National Reconciliation Ordinance (NRO) germs’ have increased more in Nawaz Sharif’s test report. Addressing a press conference alongside Federal Health Minister Amir Kayani, the minister said that the Pakistan Tehreek-e-Insaf (PTI) led federal government has fulfilled another promise that it had made to the people by launching ‘Sehat Card Scheme’. He also said the residents of Islamabad and erstwhile Federally Administered Tribal Areas (Fata) would benefit from the scheme at first. “The Sehat Card Scheme will give the poor protection,” Chaudhry said, explaining that a person could undergo treatment costing up to Rs7,20,000 under the facility. “The scheme will be launched in four districts of Punjab from February 20,” he added. Fawad Chaudhry said that the media workers had also been covered in the first phase of the health card scheme, adding that it was the priority of the government to provide the poor the optimal health facilities. “Pakistan’s poor segment of society is to be brought above the poverty line.” On the occasion, Amir Kayani said people living in far flung areas would be given Rs1,000 in transport fare, adding that God forbid, if someone dies, Rs10000 would be provided for the funeral. The people to get the card would be divided into three categories as per their income, he said, adding that the government was gathering the organisations working towards eradication of poverty in the country.

Earlier today, Prime Minister Imran Khan launched the first phase of ‘Sehat Card Scheme.’ Addressing the ceremony, the prime minister hoped that the card will help alleviate poverty. “The purpose of our each policy is to reduce poverty,” he said. Imran Khan said that the health cards will be provided to 10 million families in a month. He said that the government would give loans to the people for constructing their houses. “The society ignoring health and education does not make progress,” he said. On Jan 30, the Health Ministry and State Life had signed a land mark contract for provision of Sehat Insaf Card to 15 million families. The contract was signed for Implementation of Sehat Sahulat Program (SSP) in all districts of Pakistan in line with vision of Prime Minister’s Universal Health Coverage.