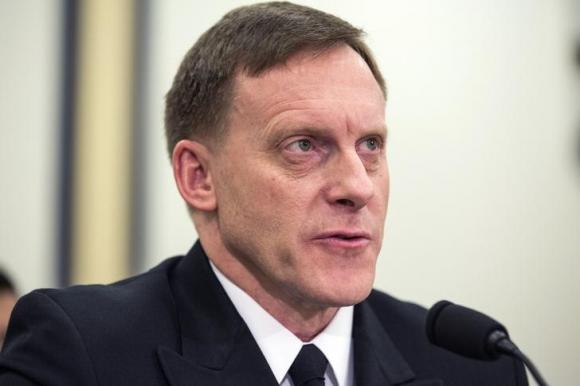 WASHINGTON (Reuters) - The head of the U.S. National Security Agency declined comment Monday on reports that the United States implants spyware for surveillance purposes, saying "we fully comply with the law." Navy Admiral Michael Rogers was responding to reports that the NSA had embedded spyware on computer hard drives on a vast scale and that it and its British counterpart had hacked into the world's biggest manufacturer of cellphone SIM cards. He spoke at a forum sponsored by the New America think tank.