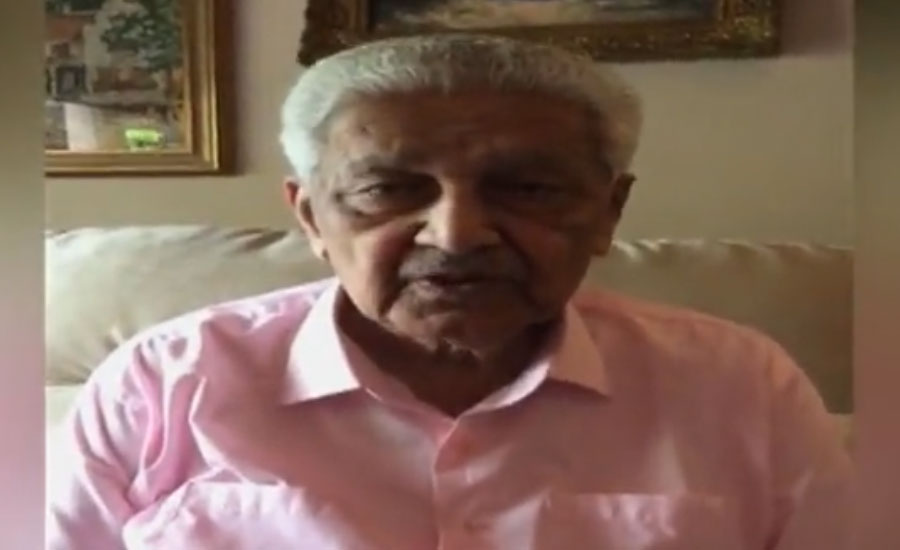 ISLAMABAD (92 News) – Renowned nuclear scientist Dr Abdul Qadeer Khan on Tuesday rejected rumours about his death circulating on social media. In a video message, the nuclear scientist said he was alive and healthy. He expressed his anger over the rumours, saying his enemies were spreading the fake news. He assured his followers across Pakistan that he was in good health. “Thanks to the Almighty, I am alive and well. Enemies are spreading fake news about my death. God willing, I will live on for a few more years,” Dr Abdul Qadeer Khan can be seen saying in the video. He also held up the latest copy of a newspaper to confirm that the video was made today, lest the video also fall victim to social media propaganda.