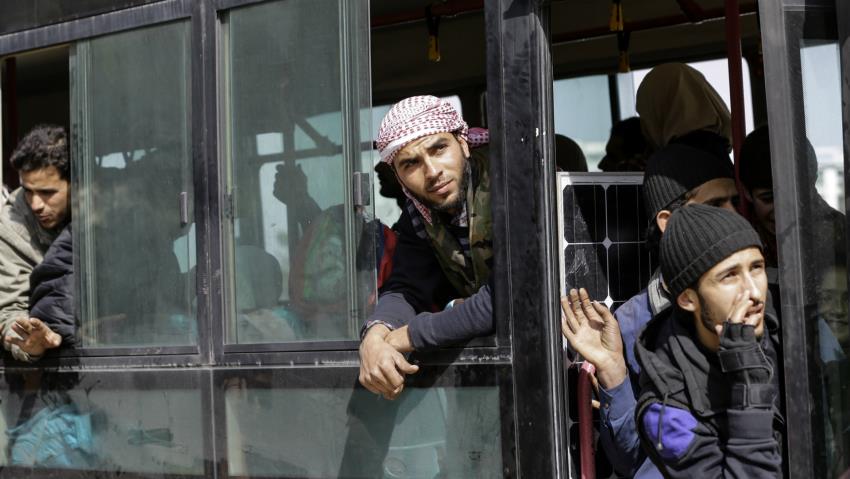 According to the SANA news agency, a total of 31,890 people have been bused out of the pocket of Ghouta that had been controlled by the Islamist group Faylaq al-Rahman.

The evacuation of that southern area of the former rebel enclave near Damascus began on March 24 following a deal brokered by Russia, the government's main backer.

Hundreds of buses later, residents -- including fighters who were allowed to bring their rifles -- were still pouring out of the devastated area, as five years of resistance under siege slowly came to an end.

Wael Alwan, Faylaq al-Rahman's Istanbul-based spokesman, had told AFP at the start of the process that he expected as many as 30,000 people to leave.

According to the Syrian Observatory for Human Rights, more buses were in the south of Eastern Ghouta on Friday to take thousands of people out for a seventh consecutive day of evacuations from the Faylaq-controlled pocket.

The state news agency said that in all 135,000 people have left Ghouta over the past month.

They include people who fled through humanitarian corridors announced by Russia as well as those who left, so far mostly to the northwestern province of Idlib, as part of evacuation deals.

Evacuations had last week already emptied the smaller rebel pocket of Harasta, which was controlled by the Ahrar al-Sham group.

Talks are under way for a similar deal in the third and final rebel-held pocket, which includes Ghouta's largest town Douma.