Number one Johnson gets another shot at Canada title 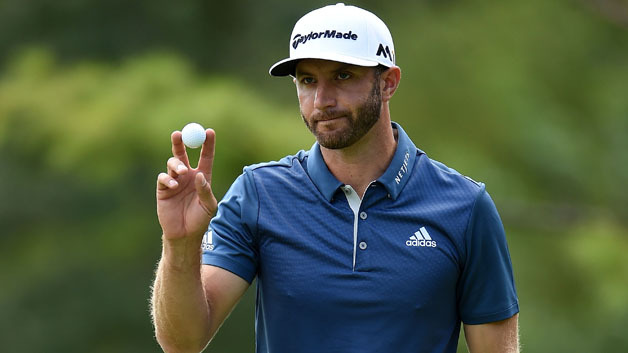 Number one Johnson gets another shot at Canada title

OAKVILLE (Reuters) - A hard-charging Dustin Johnson fired a seven-under 65 to seize a share of the third round lead at the Canadian Open , setting the world number one up for another shot at a title that has slipped his grasp. Twice a runner-up in Canada, Johnson used a scorching start that included five birdies over his first six holes and a birdie-birdie-eagle rampage on the back nine to get to 17-under. He was in a four-way tie at the top of the leaderboard with South Koreans Kim Whee (67), An Byeong-hun (66) and American compatriot Kevin Tway (68), whose father Bob Tway hoisted the Canadian crown in 2003. With 18 PGA Tour wins, including two this season, Johnson will head into Sunday’s final round as the heavy favourite since the three other men sharing the lead are all chasing maiden PGA Tour titles. American Hudson Swafford and South African Rory Sabbatini sit four off the pace on 13-under. “I want to win just because I like to win but this is the last one here so it would mean a lot to get it done here tomorrow as I have finished second here twice,” said Johnson. “I like the golf course, my game is in really good form, I have a lot of confidence in it but I’m going to have to go out and play really well tomorrow. “There are some really low numbers out there. Somebody is going to shoot low and I just hope it’s me.” After missing his first cut of the year last week at the British Open, Johnson has been almost flawless at Glen Abbey. Having wrapped up a bogey free 66 with a birdie on Friday, Johnson picked up where he left off by carding three consecutive birdies . The 34-year-old American, who started the day three off the pace, took a breather with a par at the fourth but was quickly back in top gear as he hit birdies in the fifth and sixth holes en route to an error free start. The back nine, however, did not begin as brightly. Johnson collected his first bogey since Thursday’s opening round and quickly followed that up with his second at the par-five 13th. But Johnson was able get back on track with birdies at the 14th and 15th before rolling in a 23-foot putt at the 16th for an eagle. Kim had a more adventurous day grabbing and surrendering the outright lead with an eagle, bogey, par closing stretch. Overnight leader Tway could not match the early birdie binge and was slowly pushed down the leaderboard before responding with three birdies over his final four holes to join the party.