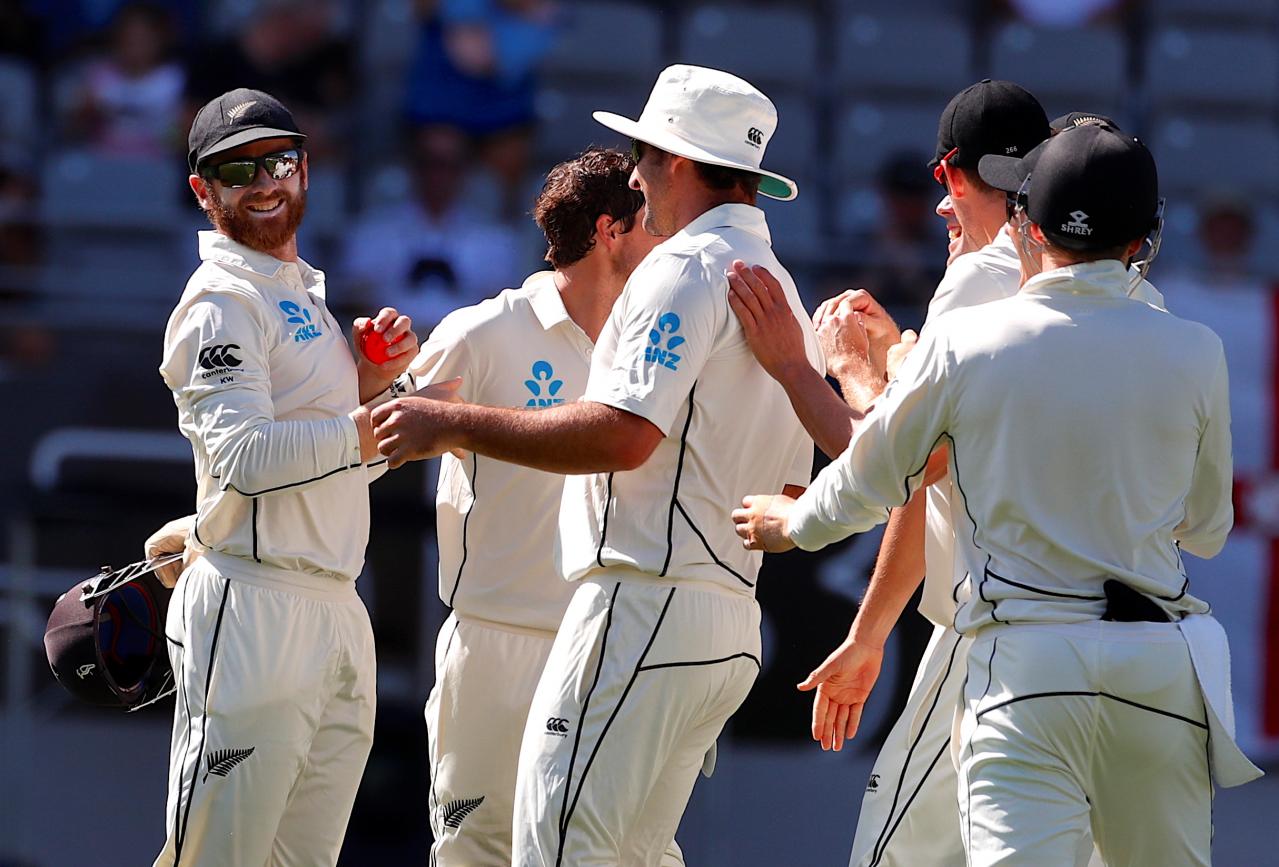 AUCKLAND (Reuters) - New Zealand inched towards victory by reducing England to 217 for six at tea on the final day of the first Test on Monday after Kane Williamson pulled in a sensational catch to break a key partnership then trusted his instinct to review a not out.

The New Zealand captain, who brilliantly caught Stuart Broad at gully in the first innings, held a mistimed pull from Jonny Bairstow at midwicket to reduce England to 181 for five and end his promising partnership with Ben Stokes.

Williamson then trusted his gut that the ball had flicked Moeen Ali’s front pad before it hit his bat to review Paul Reiffel’s not out decision in the final over before the end of the first session and technology confirmed his hunch.

The decision was overturned and England went into the break with four wickets remaining and needing 152 runs just to make the hosts bat again, although more realistically they will be hoping to bat out the remaining 63 overs.

Stokes was on 26 not out with Chris Woakes to join him after the first break on the final day of the inaugural day-night Test in New Zealand.

Dawid Malan was the other wicket to fall during the extended first session when he was caught by second slip Tom Latham for 23 after Tim Southee got a ball to run across the face of his bat.

Until Williamson’s catch, Bairstow and Stokes were threatening to repeat history as they defied New Zealand’s attack with relative ease on a pitch that was not offering much assistance to the bowlers.

New Zealand were in a similar position to win the third Test against England at the same ground in 2013 when the tourists entered the final day on 90-4 facing an improbable task of scoring another 391 runs in 90 overs to win the match.

Ian Bell, however, scored 75 while wicketkeeper Matt Prior produced a rearguard 110 not out and protected last man Monty Panesar to ensure the match and series ended in a draw.

While Malan’s early dismissal wicket on Monday reduced England to 142 for four, luck appeared to be tipping towards the tourists.

Bairstow was dropped by wicketkeeper BJ Watling on nought and then again at 21, when Trent Boult spilled the simplest of catches at mid-on from a poor Todd Astle delivery.

Williamson, however, made no mistake when Bairstow was on 26 after he caught the toe end of his bat while attempting to swat another Astle long hop to the boundary.