NZ fight back after England rip top off order 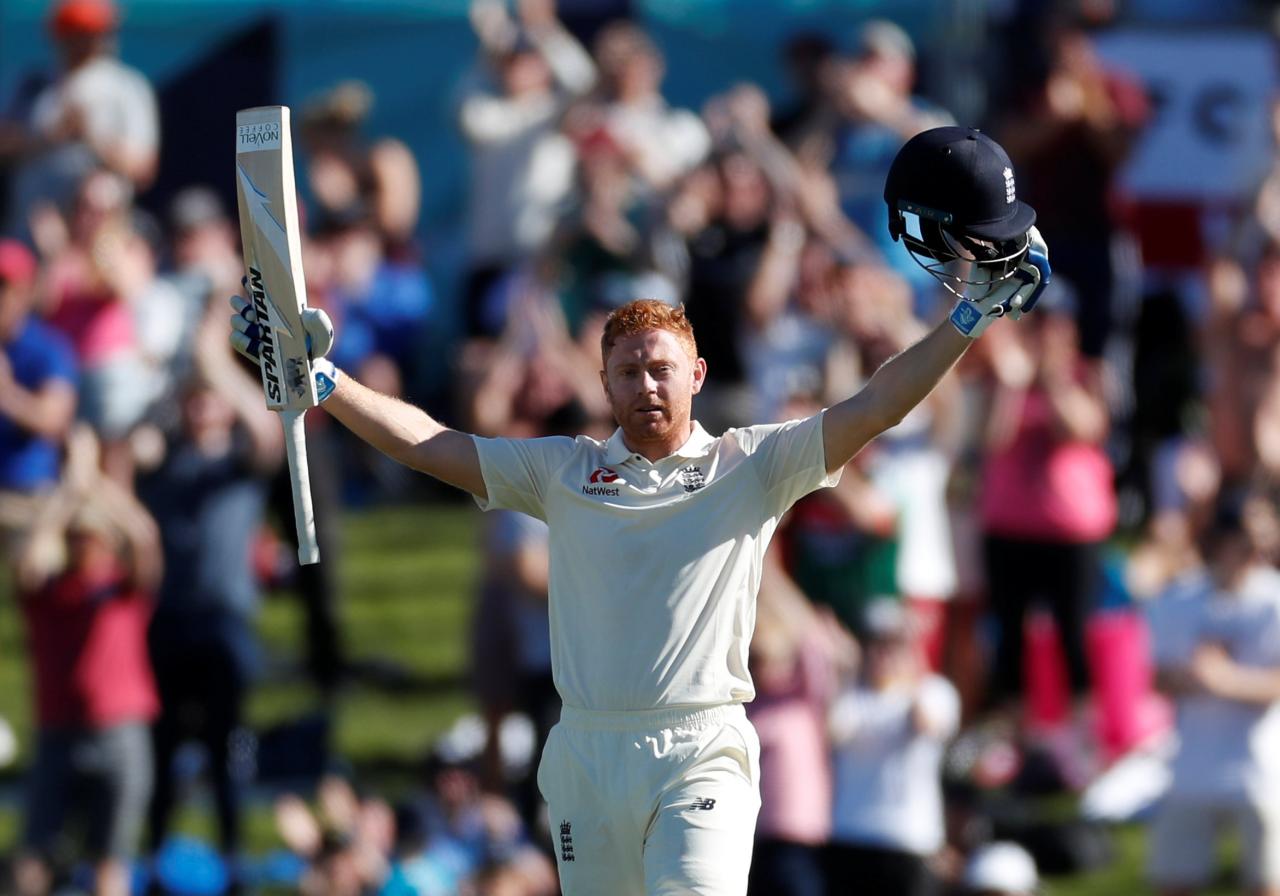 NZ fight back after England rip top off order

CHRISTCHURCH (Reuters) - Colin de Grandhomme and BJ Watling delivered an 87-run partnership to help New Zealand avoid being forced to follow on as the hosts reached 123 for five at tea on the second day of the second Test against England. De Grandhomme produced a typically belligerent 53, his third Test half century, while Watling was 40 not out as they resurrected the innings from 36 for five after England bowlers Stuart Broad and James Anderson had blasted the top off their batting lineup. England had been dismissed for 307 early on Saturday at Hagley Oval after Jonny Bairstow was the last man out for a well-deserved 101. Bairstow had rescued England’s innings from 94 for five to marshal a stubborn rearguard action with the bowlers as they scored 156 runs for the final four wickets — 95 of those coming in an eighth-wicket partnership with Mark Wood (52). Broad and Anderson then followed up Bairstow’s fifth Test century with four quick wickets to put England in charge as they reduced the hosts to 32 for four at lunch. The hosts were looking to captain Kane Williamson to build on his score of 18 but he added just four more runs after lunch before becoming Bairstow’s third catch. The 28-year-old Bairstow had already caught Tom Latham for a duck and Jeet Raval for five before lunch as Broad and Anderson ran riot with the new ball. Broad took three of the first four wickets to fall, also capturing Ross Taylor for two and trapping first Test centurion Henry Nicolls in front for a duck. Anderson and Broad, however, were less effective after the lunch break as the ball softened and de Grandhomme and Watling were able to fight back. England need a win to stop New Zealand clinching their first series against them since 1999. The hosts won the first Test at Eden Park in Auckland by an innings and 49 runs.