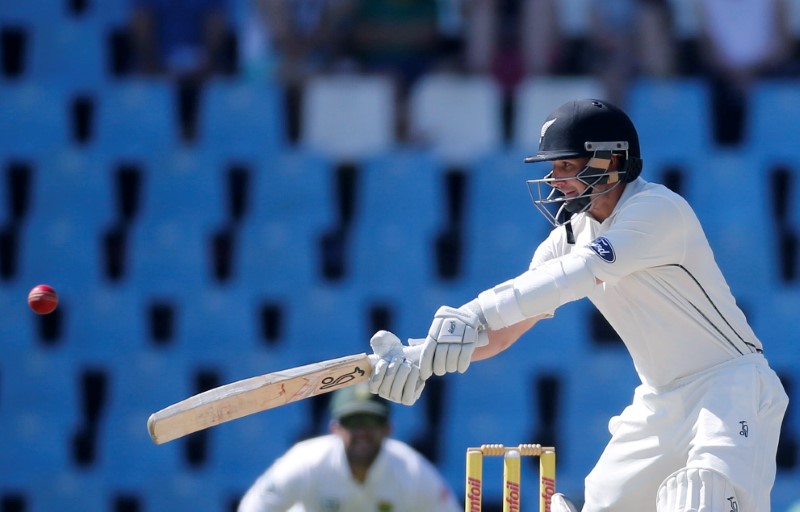 WELLINGTON (Reuters) - New Zealand’s bowlers ripped through the West Indies tail after lunch on the fourth day of the first test on Monday to record an innings and 67-run victory and take a 1-0 lead in their two-match series.

The visitors were dismissed for 319 in their second innings after they had conceded a 386-run first innings deficit to the hosts at the Basin Reserve in Wellington.

Neil Wagner took career-best figures of 7-39 in the first innings as West Indies collapsed from 59-0 just before lunch on the first day to be all out for 134 midway through the second session.

Ross Taylor (93) and Henry Nicholls (67) built on a solid opening partnership before Colin de Grandhomme, who scored his maiden test century of 105, and debutant wicketkeeper Tom Blundell put on a rapid-fire 148-run partnership that took the game away from the visitors on the second day.

The hosts ended their first innings on 520 for nine just before lunch on day three after Blundell, who went to school across the road from the ground, had brought up his first test century. He ended 107 not out.

Kraigg Brathwaite anchored West Indies’ improved second innings with 91, but when he was trapped in front at 231 for three by Mitchell Santner just before the second new ball was taken, their resistance crumbled.

The visitors had resumed on 286 for five after lunch on day four before they collapsed with De Grandhomme snaring two quick wickets, while Wagner and Trent Boult shared the other three.

The second test is at Seddon Park in Hamilton from Dec. 9-13.